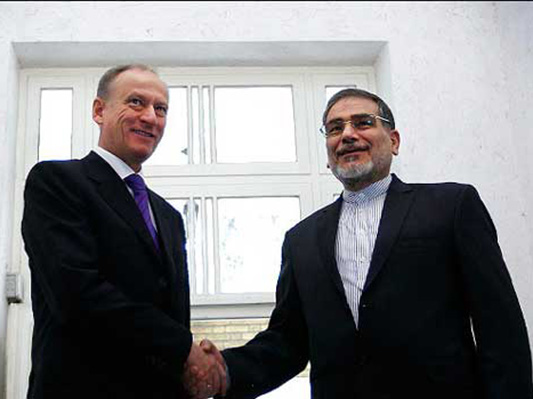 Iran’s top security official says the Tuesday chemical incident in Syria’s Idlib province was definitely caused by a third party in an effort to pave the way for the US strike on the Syrian airbase.

The two sides conferred on the issue during a telephone conversation on Saturday, according to a Farsi report by ISNA.

During the phone call, Shamkhani underlined the need for the establishment of an independent international committee to investigate the suspicious chemical incident in Idlib.

Syria’s chemical weapons had been destroyed by the Organisation for the Prohibition of Chemical Weapons (OPCW) in previous years, Shamkhani noted.

Therefore, he added, the Tuesday chemical attack on Khan Shaykhun was definitely launched by a third party in an attempt to create a pretext for a military attack on Syria.

He further blasted the US missile attack on the Syrian airbase on Friday, and stressed that the ‘aggressive and illegal’ move will only strengthen the terrorists and disrupt the ongoing fight against terrorism pursued by the governments of Russia, Syria, and Iran under the UN supervision.

Patrushev, for his part, strongly denounced the US military attack on Syria and described it as a blatant violation of international laws.

“The US move was a clear invasion of an independent country, and despite what the US government claims, served the interests of terrorists,” he noted.

The Russian official pointed to the US history of raising false allegations about Weapons of Mass Destruction [the claims about Iraq’s possession of WMDs], and said the recent political fuss on Syria is just aimed at disrupting the process of resolving the Syrian crisis and increasing pressures on the legitimate government of Bashar al-Assad.