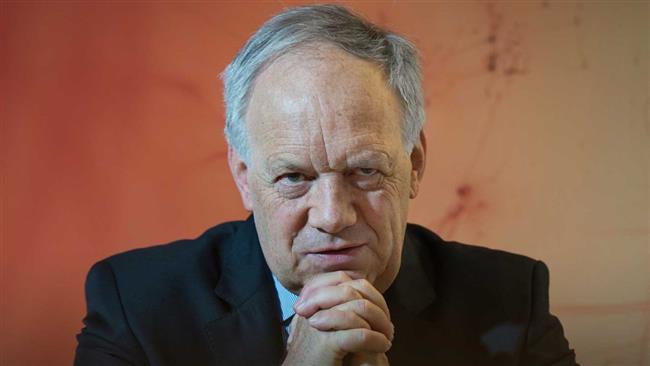 Heading a high-ranking politico-economic delegation, Schneider-Ammann was welcomed by Iran’s Minister of Industry, Mine and Trade Mohammad Reza Nematzadeh at Tehran Mehrabad Airport upon his arrival on Friday.

The Swiss president, who is in Tehran at the invitation of President Hassan Rouhani, is scheduled to discuss ways to improve mutual, regional and international relations.

Strengthening joint cooperation in political, economic, judicial and cultural fields is also among other objectives of the visit.

Tehran and Berne will sign agreements in the fields of economy, banking cooperation, politics and culture.

Schneider-Ammann’s trip comes in a series of visits by world leaders to Tehran after the implementation of a nuclear agreement, dubbed the Joint Comprehensive Plan of Action (JCPOA), which was reached between Iran and the P5+1 group of countries in July 2015.