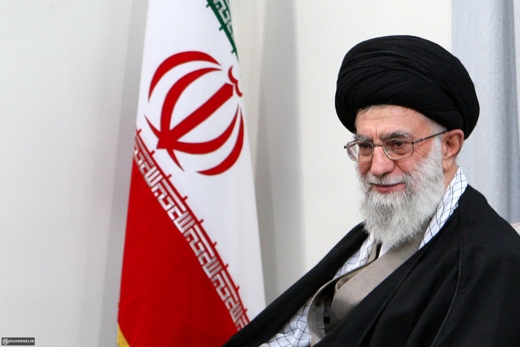 The English version of The Bliss of Knowledge, which encompasses the Leader’s guidelines on the production of science, will be unveiled at the Moscow International Book Fair in September. 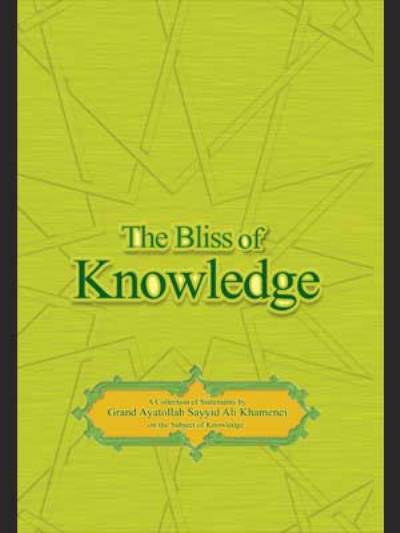 The Bliss of Knowledge, a book which has collected remarks of Supreme Leader of the Islamic Revolution Ayatollah Seyyed Ali Khamenei, has been translated into English and will be released soon.

The book covers Ayatollah Khamenei’s comments and guidelines on the production of science and the importance of research as an influential source for Iran’s scientific development.

The Bliss of Knowledge will be unveiled at the Moscow International Book Fair in September.

The Persian version of the book was published four years ago and attracted many Persian-speaking readers across the world.

For more information on the book, please visit www.book-khamenei-ir.

Late in September, Ayatollah Khamenei in a decree communicated the macro policies for Iran’s movement in various areas of science and technology, saying that the country will turn into a major scientific power in the world in the future.

The decree was issued by the Supreme Leader in line with the implementation of Clause 1 of Article 110 of Iran’s Constitution and after consultation with the Expediency Council.

Producing science, developing innovation and devising theories, upgrading Iran’s global status in science and technology, converting Iran into the scientific and technological hub of the Muslim World, developing basic sciences and fundamental research, gaining access to advanced sciences and technologies through special planning and policy-making, optimizing the performance and structure of Iran’s educational and research system to gain access to the objectives of the country’s 2025 Outlook Plan and scientific flourishing in Iran are among the main topics touched upon in the Leader’s decree.

Other principles specified by the Supreme Leader include: the rule of Islamic tenets, values, ethics and regulations in research, technology and higher education system and materialization of Islamic university, strengthening the national will and increasing social understanding about the importance of scientific and technological development, improving the relation between research, technology and the higher education system with other sectors, Boosting cooperation as well as active, constructive and inspiring interaction in the area of science and technology with other countries as well as accredited scientific and technical regional and international centers, especially those of the Muslim world, and consolidating the country’s independence.