Story of Two Swiss Women Who Went Missing in Iran Two Swiss women cyclists, who had been trapped in snow at night in the mountainous areas of Gilan province in northern Iran, tell the story of how they were ultimately rescued by villagers a few weeks ago.

They were caught in the highlands of the Siahkal in cold and snow, but they were finally rescued and sheltered by the locals of Tarik Darreh village.

“We have travelled to different countries for several years. Countries like Germany, Vietnam, Morocco, Russia and many other ones,” said one of the Swiss girls in an interview with Shahrvand daily.

“This was our first time travelling to a country with bicycle. We landed in Iran. We loved to come to Iran even though our colleagues always advised us not to do that. But we were in love with Iran, Khayyam and Hafez. We always liked to visit the city of these two great poets. So we arrived in Iran,” she said.

“We started cycling from Shiraz along with our Iranian friend who lives in Switzerland. We cycled until we arrived in Qazvin. There, we were separated from our friend. It was our first time in Iran. We headed to Deylaman, but we got lost in Tarik Darreh village and got caught in snow and cold,” says one of the cyclists.

“We were scared to death and did not know what to do. However, we finally saw the family of Alireza Dakhim there. They were kind villagers who sheltered us. We spent a night at their house and they were very kind to us.”

“We did not imagine Iran would have such great geographical attractions and cities. Iranian people’s hospitality is not comparable to that of other countries. Although we were lost, it was a good experience and surely we would return to Iran along with our families. Iran has become one of our favourite countries,” she adds. 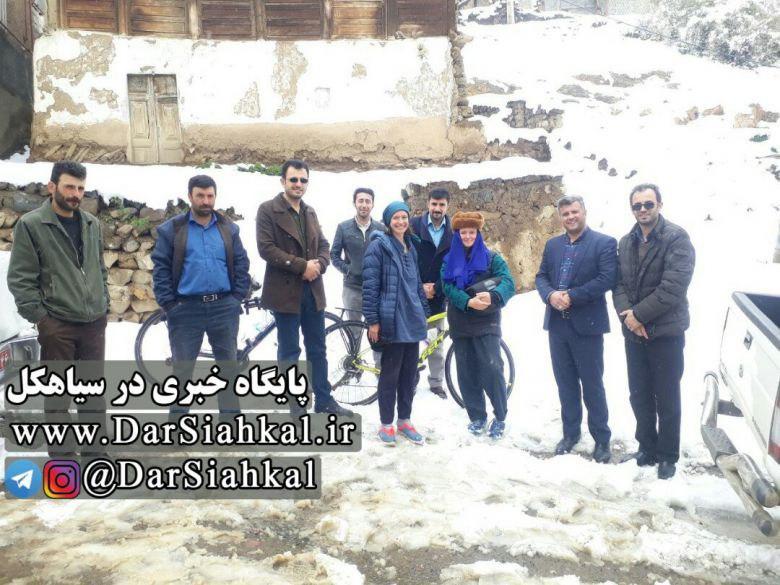