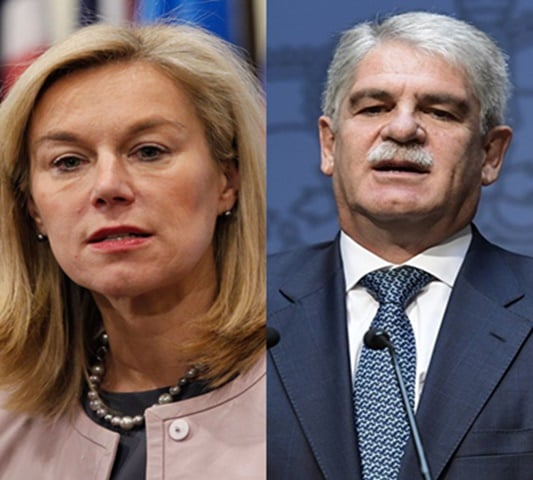 Iran's foreign ministry spokesman has announced the foreign ministers of Spain and the Netherlands will arrive in the Iranian capital on Tuesday night.

Bahram Qassemi said the two European officials will meet with Iranian Foreign Minister Mohammad Javad Zarif and other officials of the Islamic Republic to discuss ways to boost and develop bilateral relations.

These sanctions were described as the toughest EU sanctions imposed against any other country.

With the nuclear deal signed in 2015, the EU said it has allowed for deeper cooperation and continuous dialogue with Iran on all issues.

The EU is committed to make sure that the lifting of nuclear related sanctions has a positive impact on trade and economic relations with Iran, including benefits for the Iranian people.