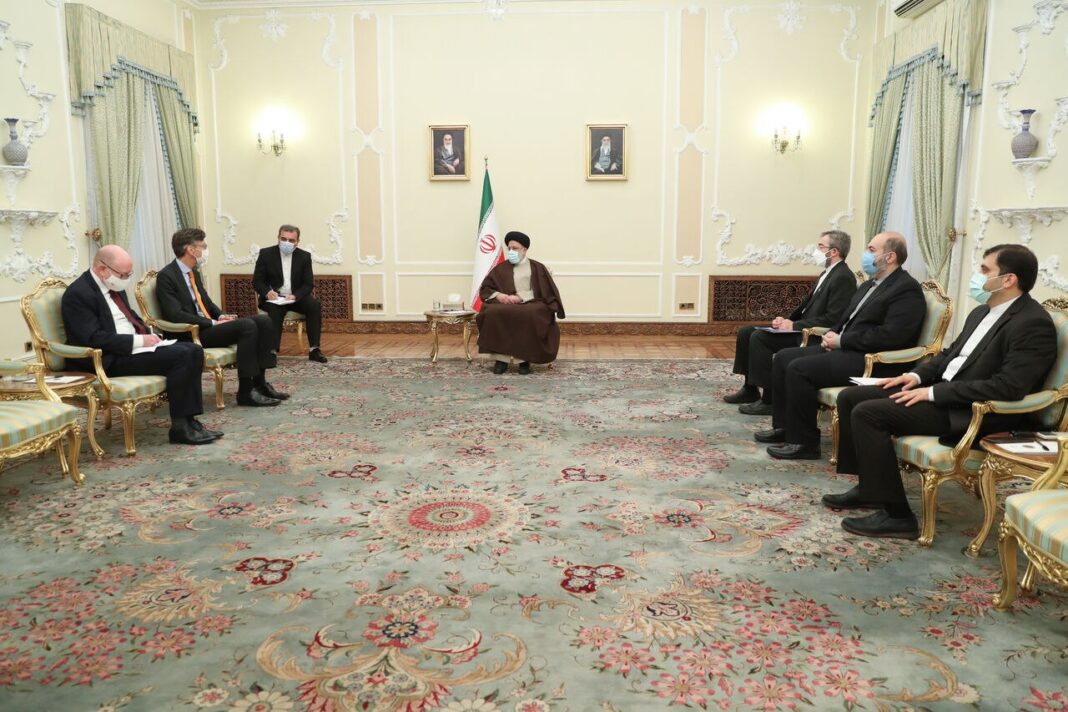 Iranian President Ebrahim Raisi has called for expansion of trade and stronger cooperation in field of technologies, especially in the area of water and environment, with the Netherlands.

Raisi made the comments during a meeting with the new ambassador of the Netherlands to Tehran.

“Countries with [old] roots, such as the Netherlands, should be independent [in political terms] and should not be affected by the views of the hegemonic powers,” Raisi said.

The president also touched on the fact that the Netherlands hosts hundreds of mosques, underlining the significance of respect for the rights of Muslims in Europe as a key cultural step forward.

“Today, the hegemonic system is using human rights as an excuse to exert pressure on developing countries. This is while, in line with our religious and revolutionary teachings, we consider it a duty to respect the rights of human beings, adding that a case in point is Iran hosting 4 million Afghan refugees,” Raisi said.

The ambassador, Frank Mollen, in turn conveyed his government’s warm greetings to the Iranian president.

“The relations between Iran and the Netherlands goes back to 400 years ago and Iran has always been an important trade destination for us,” Mollen said.

Iran is a powerful country in the region and there are great opportunities for trade and investment between the two countries”.

He also touched on the situation in Afghanistan and thanked Iran for hosting “a large population of Afghan migrants.”