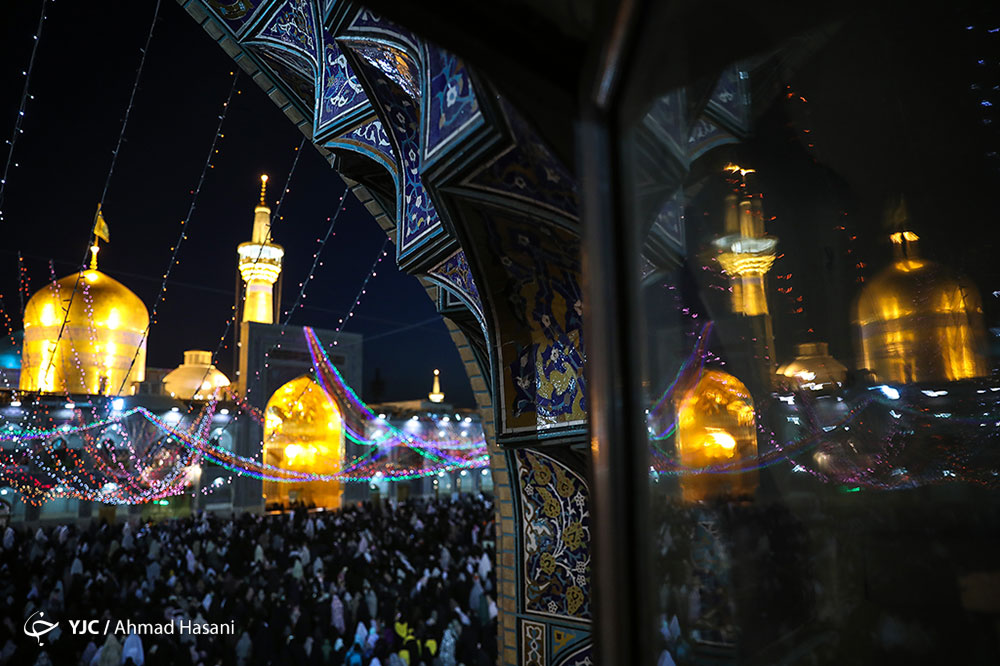 Shiite Muslims from Iran and many other countries on Sunday celebrated the birthday anniversary of their eighth imam, Ali bin Mousa al-Reza (PBUH), in his Holy Shrine in Mashhad and other parts of the world.

The people gathered in Imam Reza’s Holy Shrine to engage in celebratory activities on the merry occasion.

Imam Reza (PBUH), the eighth Imam of Shiites, is of the progeny of Prophet Muhammad (PBUH) and his eighth successor.

Imam Reza’s (AS) birthday anniversary falls on the 11th day of the lunar Hijri month of Dhul Qaada, which falls on Sunday, July 14, this year.

The shrine of Imam Reza in north-east of Iran is visited by nearly 30 million people annually, turning Mashhad into one of the biggest pilgrimage destinations in the world and the holiest spot in Iran.

What follows are YJC’s photos of the shrine on Sunday: