Millions of Shia Muslims around the world annually commemorate the great tragedy of Karbala with various forms of traditional ceremonies.

The mourners take part in processions held in mosques and streets with different traditions to mark the martyrdom anniversary of Prophet Muhammad (PBUH)’s grandson Imam Hussein (PBUH) and his companions in Karbala.

The mourning ceremonies reach their peak on the 9th day of Muharram, or Tasua, and the 10th day, or Ashura, when Imam Hussein (PBUH) and his companions were martyred.

Shia rituals and observances on Ashura consist primarily of public expressions of mourning and grief such as beating one’s chest as well as beating one’s back with light chains to remind the mourners of the pain and suffering of Imam Hussein (PBUH) and his followers on that day.

Iranian people across the country traditionally cook and distribute charity food among their neighbors, family and the poor. 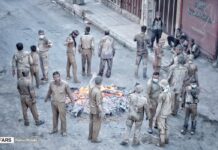 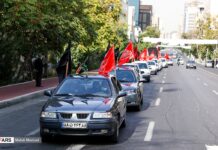