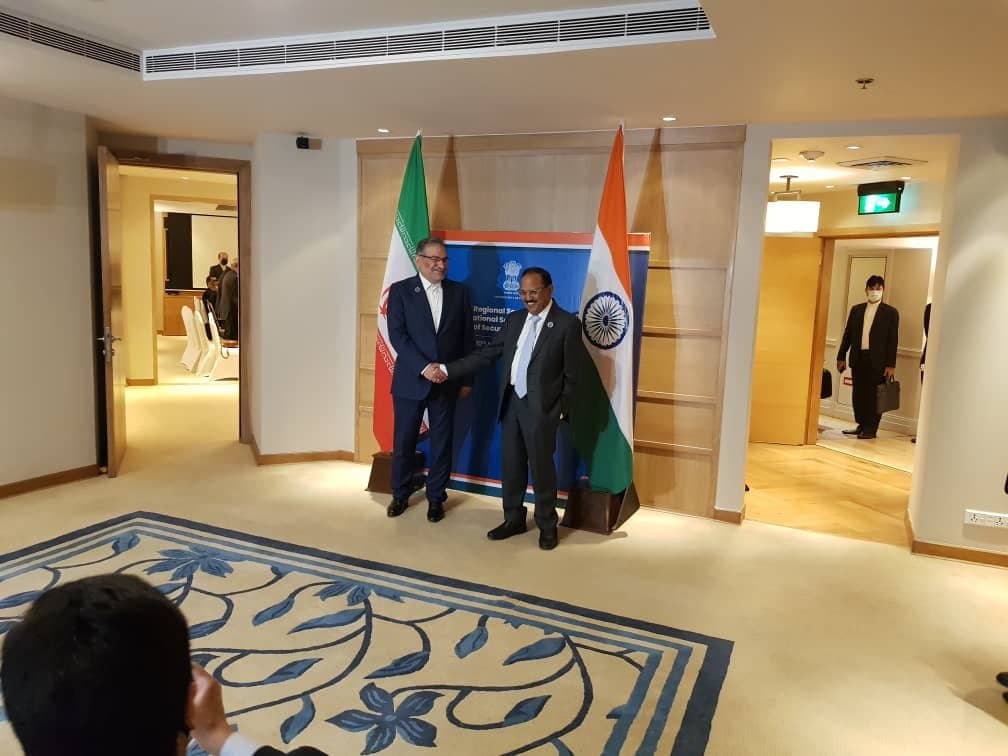 The secretary of Iran’s Supreme National Security Council has, in a meeting with his Indian counterpart, underlined the need for cooperation between Tehran and New Delhi.

Ali Shamkhani said the level of economic relations between the two sides is not in line with the intentions of the leaders of India and Iran and the brilliant history of bilateral relations.

Shamkhani added that obstacles to expanding ties should be diligently removed with a view to the future. Shamkhani, who is in the Indian capital to attend a regional security conference, also held talks with India’s National Security Advisor Ajit Duval Wednesday afternoon.

In the meeting, Shamkhani said a highly important issue is to speed up the full launching of Chabahar Port in southern Iran.

He added that the Islamic Republic of Iran is willing to use its capacities for the development and growth of the region, and strong bilateral relations with India can pave the way for achieving that goal.

The secretary of Iran’s Supreme National Security Council emphasized in addition to cooperation with India in the international, regional and bilateral areas, Iran wants to expand relations proportional to scientific, technical and transit capacities.

Referring to the developments in Afghanistan and the West’s plot to destabilize the region, Shamkhani stressed the need for all regional countries to help the Afghan people and deal with destabilizing factors.

He expressed hope that Iran and India can further cooperate in this regard.

Ajit Duval also underscored the importance of bilateral relations with Iran, saying the two sides should expand cooperation, especially regarding economy and security. India’s national security adviser also expressed regret over the inadequate level of economic relations between the two sides, stressing the need to remove obstacles in this regard.