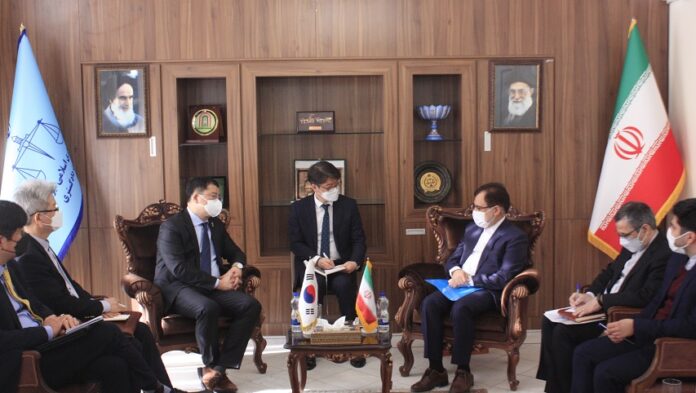 Iran’s Deputy Justice Minister has urged Seoul to work toward settling the existing issues between the two sides to kick of a new round of mutual cooperation.

“Both sides should seek to promote relations and remove the existing obstacles and problems, he said, highlighting the historical, cultural and economic background of both countries.

He said among the impediments to the enhancement of mutual relations is the seizure of the Iranian assets with South Korean banks.
The official underlined among the priorities of both countries should be to remove this problem first.

Hekmatnia said Iran’s seizure of the South Korean vessel in the Persian Gulf waters is a technical matter.

“Legal cases in the Islamic Republic of Iran are reviewed through the Judiciary, which is an independent branch [of the government], within the framework of legal and judicial regulations,” he added.