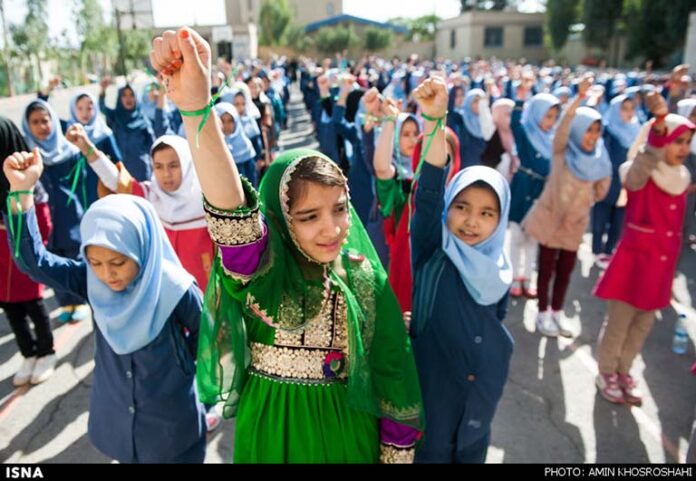 Photos of the reopening of a school for Afghan children after the Leader ordered that no Afghan migrant should be denied education in Iran.

Following a decree by the Supreme Leader that no Afghan child, including those who are undocumented, should be denied education in Iran, the bell marking the official reopening of school for Afghan students was sounded on Tuesday.

Director of the Environment Protection Organization Masoumeh Ebtekar and the Afghan ambassador to Iran were on hand for the school reopening ceremony which was held in a facility in Tehran.

The following images of the ceremony have been released online by the Iranian Students’ News Agency: