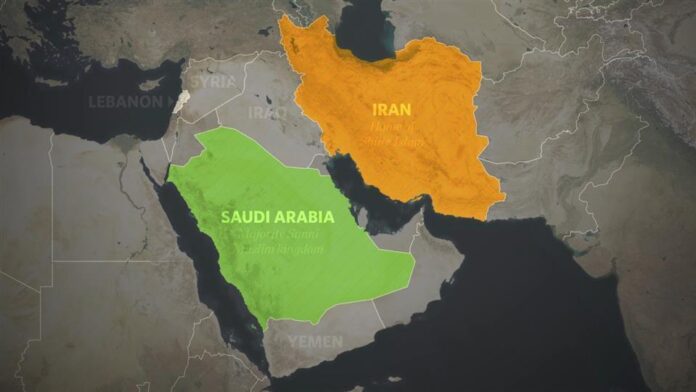 An Iranian political analyst says as the Saudis cut off relations with Iran, it is Riyadh that should take the first step by reopening its embassy in Tehran and allow Tehran to reopen its embassy in Riyadh.

Sadollah Zarei, a Persian Gulf analyst and director of Andisheh Sazan Noor Institute for Strategic Studies, believes that the Islamic Republic cannot give concessions to anyone who once broke off relations with Tehran unless that country takes the first step to resume normal ties.

“At the same time, Iran is well aware that Saudi Arabia in the current situation is seriously concerned about the Yemen crisis, and Iran can help it resolve this issue, but Riyadh itself needs to think of a rational framework for de-escalation,” he said in an interview with Entekhab news website.

“This war is meaningless and a country cannot launch attack on another just because the people do not accept someone as their president. In fact, the situation must be de-escalated so that we can negotiate on the basis of rational principles and move along the path of common positions.”

Asked about the possibility of de-escalation between Iran and Saudi Arabia in light of recent diplomatic actions, in particular the efforts of the Pakistani prime minister, Zarei said Imran Khan’s trip to Tehran and then to Saudi Arabia was in line with a specific agenda, which included stopping the war on Yemen. The core of the talks was not about improving relations between Iran and Saudi Arabia. Rather, it was about the 43-month-long war that the Yemenis are facing, and the consequences that have affected the region.

“If the Yemeni war stops and the Saudis come up with a formula to end the war, the solution to other regional issues is not out of reach.”

In his assessment of Tehran’s reaction to the attack on the Iranian oil tanker in the Persian Gulf, Zarei said it is necessary to pay attention to the fact that Iran, at the highest level, warned the perpetrators about this incident.

“So it cannot be said that Iran has put aside the issue, but in the meantime, there is a question as to whether Iran suffered serious damages in the incident. Or the attack on an oil tanker near the port of Jeddah is to the detriment of the owner of the coast and the port. Therefore, it was not only Iran that suffered damages.”

“On the other hand, when we compare this incident with those that happened to some oil tankers in the past, we see much less damage to the Iranian ship. The size of the damage is not so much that Iran gives an immediate military response. For two reasons, I don’t think Saudi Arabia is involved in the Iranian oil tanker incident,” Zarei said.

“On the one hand, damaging a tanker near the strategic port of Jeddah and the Red Sea is to the detriment of Saudi Arabia itself, and on the other hand if the Saudis really wanted to take action, they could have taken more serious action but facts on the ground show they didn’t. So I think the clues to the incident should be sought somewhere else.”

Elsewhere in his remarks, Zarei noted that there has never been any serious tension between Iran and the UAE.

Even the statements sometimes made by the Emirati rulers about ownership of the three islands are more of a provocation by Saudi Arabia. The fact is that the UAE enjoys the most significant trade relations with Iran among its neighbours, and Dubai has been one of the key points of connection of the Iranian economy with the international community. “Many Iranians are also eager to visit Dubai. These are issues that the Emirates do not want to miss,” continued Zarei.

“It is important to note that minor countries suffer more in the face of a crisis. The UAE, whose emirates are located along a long line next to the Persian Gulf, is extremely vulnerable in this regard. However, the question is whether the UAE has the capacity through which Iran could pursue the issue of calming the region. The UAE does not seem to have this capacity. The reality is that talking about de-escalation with Abu Dhabi imposes restrictions through which we cannot fulfill our regional demands.”

In the final part of his remarks, Zarei highlighted that in the current situation, the Saudi rulers must know that Iran’s policy has never been based on creating tension and crisis. They must realise that what they are seeing in Iraq, Yemen and Syria is a result of national demands, not a result of Tehran’s intervention in the region. It should be noted that Tehran never wanted to cut ties with Riyadh, and it was Saudi Arabia that severed diplomatic ties with Iran. “So it is up to the Saudis to take the first step and keep in mind that opening and closing a building by itself will not work. If the embassy is open without constructive activities, there will be no improvement in relations between the two sides.”