Saudis made a mistake; tough days lie ahead 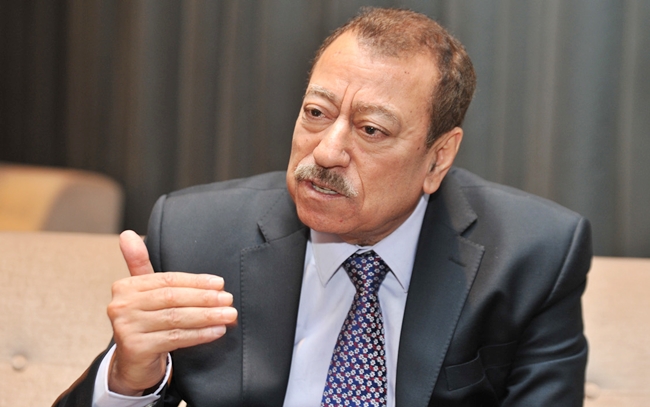 The editor-in-chief of Rai al-Youm says his newspaper opposes the death penalties handed down by a corrupt Saudi judicial system which does not appreciate the minimum values of justice and its tools.

If the executions by the Saudis of 47 people on terrorism charges were meant to intimidate others and prevent any protest or acts of violence against the Saudi establishment and institutions, the raw nerve these executions have touched will produce a reverse effect, said    Abdel Bari Atwan, the editor-in-chief of Rai al-Youm in an editorial posted on the website of the online newspaper.

The following is the translation of the editorial by the world-known journalist from its Farsi version as published by Tasnim News Agency on January 3:

What is certain is that a new Saudi Arabia which emerged almost a year ago with the ascension to power of King Salman is trying to reinforce speculations that time has come for resoluteness and adoption of an iron-fist policy to spell an end to a policy of compromise which was followed by previous monarchs.

Declaration of war on Yemen to counter Ansarullah Houthis and their allies under the pretext of containing the spread of Iran’s influence was the first measure in line with the transformation in question. They have started the New Year with mass executions unprecedented since 1980 when 63 hardliners led by Juhayman al-Otaybi were put to death for staging an attack on the Grand Mosque in Mecca.

Resoluteness is necessary and to a large extent important, but it should be timely. Those who are resolute should be in possession of the elements of power and its components; besides steadfastness should be exercised within a firm strategic framework and in ideal regional and international conditions. Those conditions do not seem to be met by present-day Saudi Arabia.

It is not wise to launch two simultaneous wars in Syria and Yemen simply to counter the influence of Iran which would be given a leg-up by the [nuclear] deal with P5+1 which ends nearly three decades of isolation. It [the first war] comes at a time when a superpower like Russia is using all its political and military muscle to support the Syrian regime and has openly declared war on armed groups there. On the other hand, Saudi Arabia’s oil revenues are shrinking and the policies of its traditional ally, that is to say the US, are dotted with uncertainty and confusion.

The execution of 42 Sunni extremists convicted of supporting Alqaeda and direct and indirect involvements in protests and bombings between 2003 and 2006 was designed to hide the execution of prominent cleric Sheikh Nimr al-Nimr.

They [the Saudi authorities] cannot conceal the truth and soothe Shiite anger. For the first time such a move will unify Shiites and Sunnis in their rage and result in reprisal attacks by extremists. Sheikh Nimr was accused of inciting rallies similar to those inspired by the Arab Spring which had and still have the support of the Saudis.

We at Rai al-Youm condemn terrorism which claims innocent lives and targets security and stability; but we draw a line between terrorism and the legitimate demand of people for freedom and reforms and for the right to protest at injustice, suppression, and crackdown. Accordingly, we oppose the death penalties handed down by a corrupt judicial system which does not appreciate the minimum values of justice and its tools. So we condemn the execution of 47 individuals in Saudi jails in 12 cities on Saturday, because those who were killed were denied a fair trial and were unable to properly defend themselves.

These executions were carried out by a system that sentences a Twitter user to lashes and 10 years in prison and bans a female poet from penning articles and deprives them of the freedom of speech. These rulings against a poet or an intellectual for writing a sonnet come on orders of a local ruler, and not official courts.

Injustice, marginalization and clampdown are the only measures which are not taken in Saudi Arabia on religious or tribal grounds. As far as the question of freedom, reforms and justice is concerned, Saudi Arabia does not treat the Shiites and Sunnis differently, but we should admit that the Shiite minority has been subjected to persecution in Saudi Arabia more than others.

The Shiites have suffered racial discrimination and marginalization over the past decades. They have been also treated as second-class citizens, something which casts a doubt on their citizenship. Anyone who claims otherwise is an arrogant person who closes their eyes to the realities.

We do not predict things before they happen, but we are all-but certain that such executions will trigger retaliatory measures and dangerous reactions which can negatively impact the kingdom’s security and stability, fan the flames of Saudi Arabia’s growing security problems, and thicken the kingdom’s file on the lack of freedoms and a fair judicial system.

Saudi Arabia’s biggest enemies come from within, those who adopt similar policies and stances which fuel crises and wage civil strife along with wars fought overseas. The wars Saudi Arabia fights overseas are still at early stages. It is very hard to predict the result of those wars which are likely to drag on for several decades.

Foreign wars come at a human, financial, political and military cost. By contrast, civil wars – if they ever break out – will inflict staggering costs in all areas, especially when they erupt at the wrong time, against the backdrop of wide public rage and amid tough economic conditions and high unemployment.

Those executed [by Saudi Arabia] have a popular, tribal and sectarian favorability with supporters at home and abroad. We do not believe that the one who made such a decision [carrying out the execution of Sheikh Nimr and 46 others] has properly taken everything into account, exactly like what happened when Saudi Arabia was mired in foreign battles among them the war in Yemen.

Tough days, or toughest days I should say, lie ahead for Saudi Arabia. Enough said, I should say.