Saudis’ Attendance in MKO Meeting Reveals Their Support for Terrorism 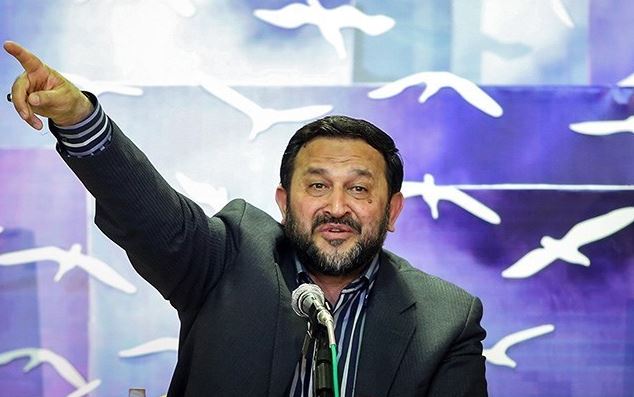 Hamid-Reza Moqaddamfar, an advisor to the Commander of the Islamic Revolution Guards Corps (IRGC), blasted the recent participation of Saudi Prince Turki al-Faisal in the gathering of the terrorist group Mojahedin-e Khalq Organization (MKO) in Paris, and described it as another proof of Riyadh’s support for terrorism.

“The attendance of Turki al-Faisal, the former chief of Saudi intelligence organization, in the MKO gathering … revealed the Saudi regime’s terrorist nature more than ever,” Moqaddamfar said, according to a report by Mizan, as translated by IFP.

“The Al Saud regime has a terrorist nature and pursues proxy wars as an instrument in the hands of Zionists and the US.”

“Today we can see that the MKO, which is known to everyone as a terrorist group, is fully supported by the Al Saud family,” he went on to say.

“The entire world is familiar with the crimes the MKO has committed in Iran. The terrorist group killed Iran’s Judiciary Chief [Ayatollah Beheshti] and 72 members of the Islamic Republic Party on June 28, 1981. Later on August 30 in the same year, they killed the President and Prime Minister. They also launched blind terrorist attacks against thousands of ordinary people in Iran.”

“Perhaps nowhere in the entire world can one find a terrorist group like the MKO with so many crimes and terrorist attacks against the country’s ordinary people and authorities.”

Moqaddamfar said the attendance and the speech delivered by Faisal in the MKO Conference sent three messages.

“The first message of his attendance was to reveal the terrorist nature of Riyadh’s regime and the support of Al Saud for the global terrorism network more than ever.”

“The second message of the security official’s participation in the MKO meeting was to show the creation of a link between the MKO and the ISIS. Today we should declare that the MKO has been linked with the ISIS thanks to the Al Saud and its security system,” he added.

“The third message is that, by attending the MKO meeting in Paris, the Saudi security official explicitly and officially voiced Riyadh’s stance towards the Islamic Republic [of Iran] and declared that the Al Saud is standing by the MKO.”

“Causing rift between Shiites and Sunnis, provoking sectarian wars, Shiitophobia and Iranophobia are the goals pursued by Saudi Arabia today, and the official stance held by Turki al-Faisal proves that,” Moqaddamfar said.

A number of Saudi officials and supporters of MKO, including Prince Turki bin Faisal Al Saud, attended the gathering of the terrorists in Paris on Saturday, July 9, and made anti-Tehran remarks.