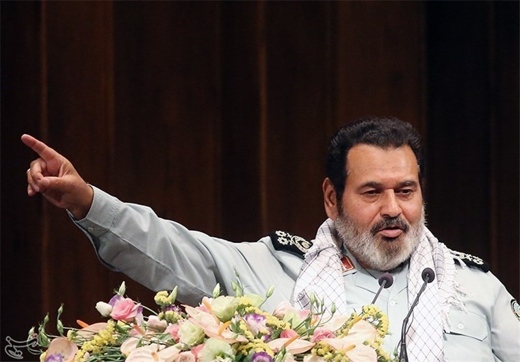 Chief of Staff of the Iranian Armed Forces Major General Hassan Firouzabadi has said that the Saudi regime’s participation in the multilateral Syria talks in Vienna is suspicious and illegitimate.

Chief of Staff of the Iranian Armed Forces Major General Hassan Firouzabadi described the Saudi regime as a “war criminal”, saying the Arab country’s presence in Friday talks in Austrian capital of Vienna on the Syrian crisis would not be legitimate.

The Saudi regime is a war criminal because of its all-out support for Daesh (ISIL) and terrorist acts in Iraq, Syria, and Lebanon as well as the state-sponsored terrorism in Bahrain and numerous crimes it committed by attacking Yemen’s hospitals, schools, and houses, and for the destruction of Yemen’s infrastructures, Firouzabadi said Thursday.

With such a conduct, the Saudi regime’s participation in the multilateral Syria talks in Vienna is suspicious and illegitimate, he stated.

A number of world powers and regional countries, including Russia, the United States, Britain, France, Germany, Iran, Egypt, Jordan, Qatar, Saudi Arabia, Turkey and the United Arab Emirates on Friday will hold talks in the Austrian capital on ways to find a solution to the Syrian crisis.

The Iranian top commander also said that the “arrogant” rulers of Saudi Arabia should be accountable to their own nation and regional countries for their “crazy” moves.

“Dire consequences await the Al Saud rulers (for their actions),” he added.