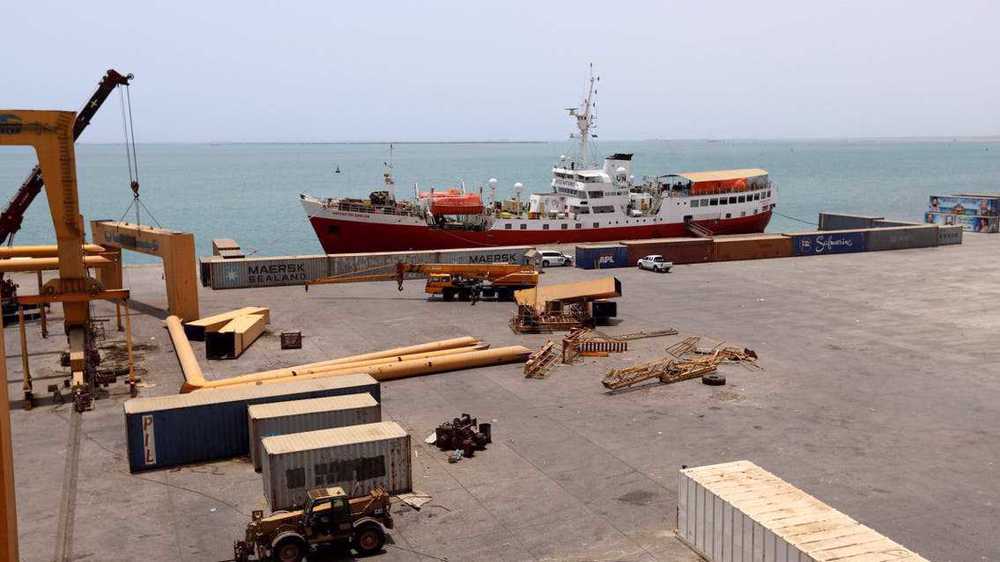 The Saudi-led coalition has seized another ship carrying fuel for Yemen. The vessel was supposed to dock at Yemen's Red Sea port of Hudaydah.

The Saudi coalition has seized a Yemeni tanker ship carrying liquefied petroleum gas (LPG) in the Red Sea on Thursday.

The Yemeni Oil and Gas Corporation (YOGC) announced that the Saudi coalition has seized a liquefied petroleum gas (LPG) before reaching the port of Hudaidah.

The vessel was carrying 9487 tons of gas for domestic use, which was directed by Riyadh-led coalition forces to the coast of Jazan in Saudi Arabia.

On Wednesday, Yemen announced that the coalition seized a fuel ship named “Splendour Sapphire” belonging to private sector factories in international waters, although it had been inspected and received UN clearance.

Last year, Yemen’s Minister of Oil and Minerals Ahmad Abdullah Dares warned that the Saudi seizure of ships carrying petroleum products could lead to the suspension of the service sectors and cause “a humanitarian catastrophe”.

Saudi Arabia and a number of its regional allies — including the United Arab Emirates (UAE) — launched a brutal war against Yemen in March 2015.

The UN says more than 24 million Yemenis are in dire need of humanitarian aid, including 10 million suffering from extreme levels of hunger. The world body also refers to the situation in Yemen as the world’s worst humanitarian crisis.

The Saudi war has also taken a heavy toll on the country’s infrastructure, destroying hospitals, schools, and factories.