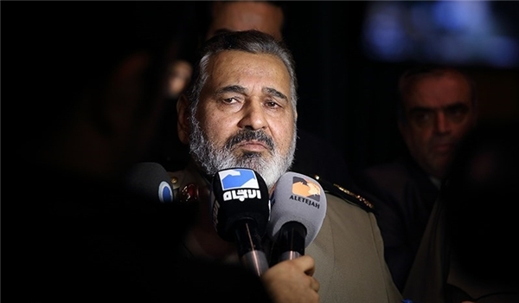 Chief of Staff of the Iranian Armed Forces Major General Hassan Firouzabadi has said that Saudi Arabia has decreased crude prices to place pressure on regional countries which are fighting ISIL terrorists.

“By increasing oil production, Saudi Arabia assured the US and the West, which represent the world’s big capital holders, that they will not be restricted for supplying fuel and on the other hand by decreasing the oil prices, it laid financial pressure on the regional countries which are fighting the ISIL terrorists,” Firouzabadi said in Tehran on Wednesday.

He voiced regret that regional countries have sustained $500bln worth of losses due to the increasing crude output by Saudi Arabia and its pro-ISIL allies, adding that Riyadh has strengthened the Western states’ financial system with a $300bln gift.

Also earlier this month, Secretary of Iran’s Supreme National Security Council (SNSC) Ali Shamkhani warned that the decrease in oil prices in recent months was the result of a plot hatched by certain countries.

The fall of oil prices is a manufactured and political plot, he said.

“The reduction in crude oil prices is not an economic issue, rather a political plot by certain countries,” Shamkhani added.

President Hassan Rouhani also stated last Wednesday that the sudden decrease in oil prices in recent months is a plot hatched by the enemies against the regional people and Muslims.

Stressing that regional people would not forget these plots and betrayals against the Muslim world, Rouhani said, “Certainly, people will react to such schemes and the countries which have hatched this plot should know that they have just increased the Muslim world’s hatred for themselves.”