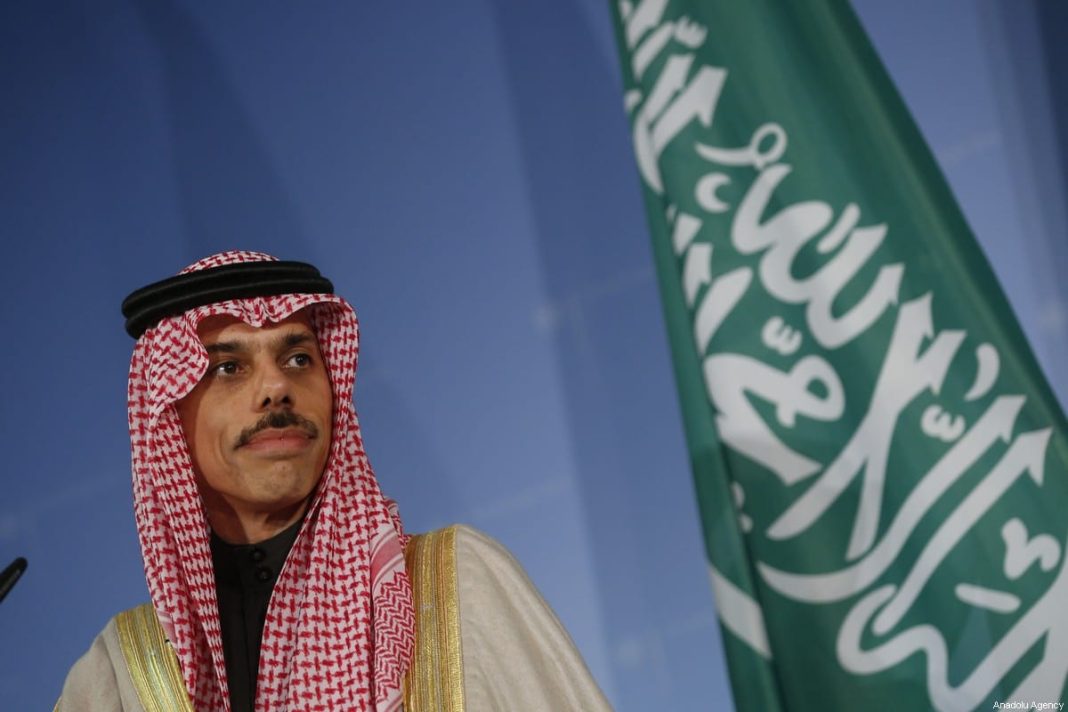 Saudi Foreign Minister Prince Faisal bin Farhan Al Saud says normalizing ties with Israel is in the interest of the whole region. He however noted prior to that, Palestinians should be given their “state.”

“We have said consistently that we believe normalization with Israel is something that is very much in the interest of the region,” the minister said on the sidelines of the World Economic Forum in Davos.

He stated “true normalization” will be realized only if Palestinians are given their “state.”

The top diplomat added the priority is to bring Palestinians and Israelis to the negotiating table.

Saudi Arabia claims it would only normalize ties upon the establishment of an independent Palestinian state within the 1967 borders. However, the regimes have been fraternizing for years. In 2020, Netanyahu reportedly paid a secret visit to Riyadh, meeting with Saudi Crown Prince Mohammed bin Salman. The same year saw the two sides opening their “airspaces” to flights. The first Israeli flight to the Saudi capital took place in October 2021.

The Saudi minister has also stated that Riyadh is looking to engage with the Syrian government.

“We are working with our partners to find a way to engage with the government in Damascus in a way that offers concrete moves toward a political solution,” he said, adding, ”It will take some work.”

Saudi Arabia, along with several other Arab states, severed ties with Syria and began throwing support behind the militants, who were trying to topple Bashar Assad’s government. However, several Arab countries recently started to restore ties with Damascus after Syria vanquished the foreign-backed terrorist groups and regained control over huge swaths of its territory from the Takfiri groups.

In March 2022, Assad visited the UAE, his first to an Arab state since the start of the foreign-backed violence. The trip was followed by a visit to Syria by Algerian Foreign Minister Ramtan al-Amamra, who hailed Damascus as an important player in the Arab arena, and said the Arab world needs Syria.

Omani Foreign Minister Sayyid Badr al-Busaidi also paid a visit to the Syrian capital in November, meeting with Assad, who underlined the need for an open and transparent dialog among Arab countries in order to address ongoing conflicts and challenges in the region.