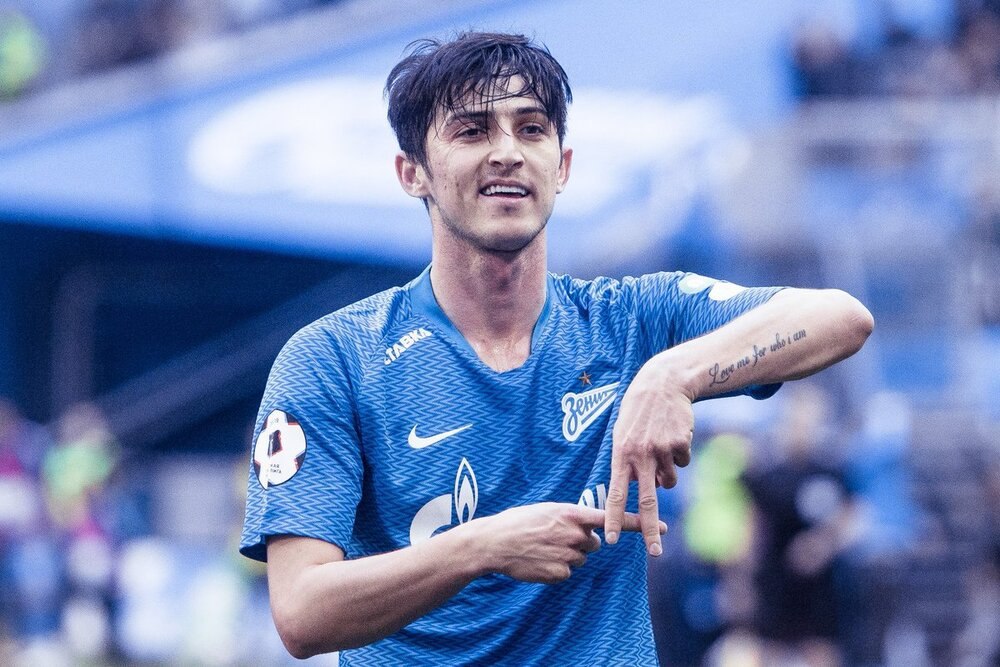 Sardar Azmoun, the Iranian striker playing for Zenit Saint Petersburg, has finished the 2019/20 season at the Russian Premiere League as the top goal scorer after scoring against FC Rostov in the season’s last fixture.

Both Azmoun and teammate Artem Dzyuba played 28 games, with both forwards scoring 17 goals, but the Iranian was ahead of the Russian striker by virtue of fewer goals from the penalty spot. Azmoun scored one penalty, whereas Dzyuba scored seven.

In the history of the RPL, Azmoun is the third Zenit player to finish a season as top scorer.
Last month, in a poll conducted by the-afc.com, Azmoun was chosen as Asia’s Greatest Russian Premier League player.

Much was expected of Azmoun when he was snapped up by Rubin Kazan as an 18-year-old, and he has grown to become a superstar of Asian football.

After Alireza Jahanbakhsh, Azmoun is the second most expensive Iranian player of all-time. He is both the youngest Iranian to score in a Champions League game, as well as the Iranian record-holder for the most goals scored in UEFA Champions League games, having scored 4 goals in the two seasons he has taken part in the tournament.

Azmoun is now linked to several top European football teams, from AC Milan, Napoli, and Lazio in Italy to Arsenal and West Ham in England.