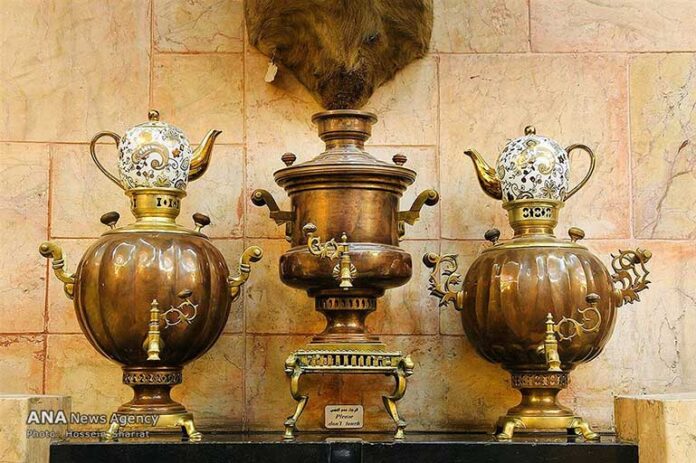 The museum exhibits samovars from 150-200 years ago, ones which have been collected from across Iran, Russia, Azerbaijan and Turkmenistan.

​A samovar (literally “self-boiler”) is a heated metal container traditionally used to heat and boil water in and around Russia, as well as in other Central, South-Eastern and Eastern European countries, Kashmir and in the Middle-East. It is not clear where and when the first samovar was invented, but it is estimated to have occurred between 1738 and 1740 in the Ural region of Russia. It was first industrially produced in the Russian city of Tula.