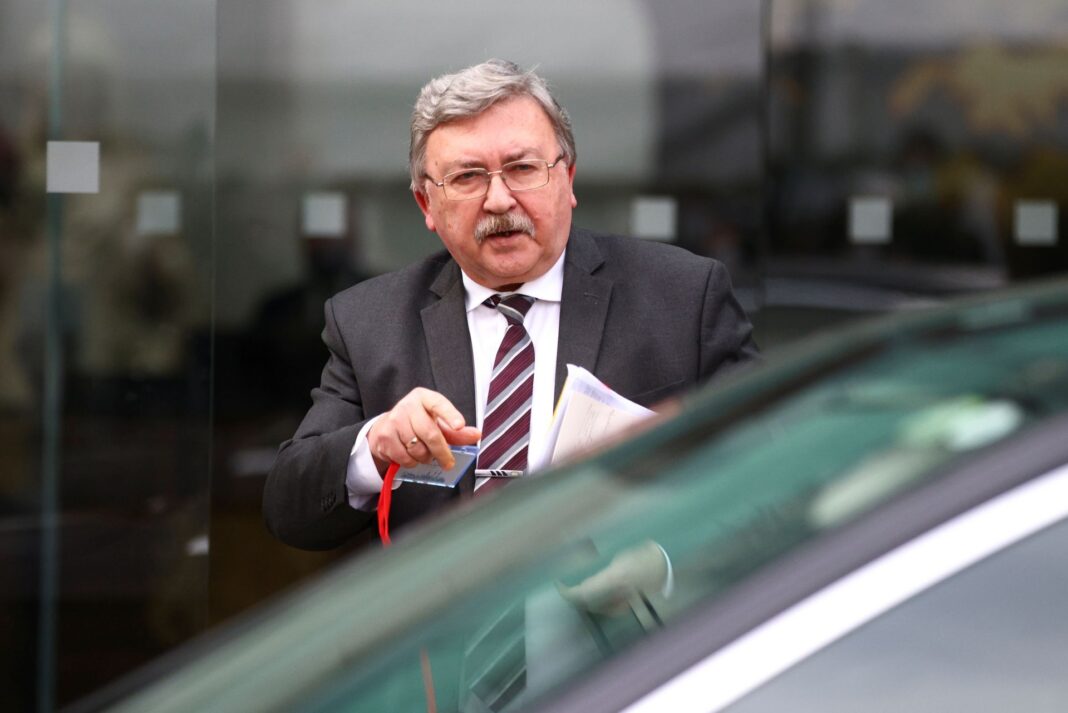 Russia says the countries attending the new round of talks in Vienna, decided to continue the work on the basis of the progress achieved during the previous rounds. Iran says those achievements are draft and subject to negotiations.

The participants of the meeting of the Joint Commission of Iran and five international mediators (Russia, the United Kingdom, Germany, China, and France) on the issue of restoration of the Joint Comprehensive Plan of Action (JCPOA) during the seventh round of talks decided to continue the work on the basis of the progress achieved during the previous rounds, a Russian top diplomat told Russian reporters on Monday.

Russia’s Permanent Envoy to International Organizations in Vienna Mikhail Ulyanov considers the result of the November 29 meeting a good start of the working process as representatives of the new Iranian delegation demonstrated certain flexibility on a number of very important issues.

The key thing is that it was decided to resume the talks from the moment they were put on hold on June 20 this year,” he said, adding “The progress of the end of June has become the basis of further work.”

For example, the Iranians, for which the lifting of US sanctions remains the main point, agree that it is necessary to concurrently address the nuclear issue, which suggests Tehran’s return to the initial parameters of the nuclear deal concluded in 2015, Russia’s envoy noted.

An agreement was reached at the meeting on prior steps for the near future, Ulyanov said.

“On November 30, the meeting of the working group on lifting the [US] sanctions will be held, where as we understand, the Iranians are to present the renewed elements of their position,” the diplomat explained.

“On December 1, the meeting of the group on nuclear issues will take place,” he added.

The Joint Commission of Iran and the five international mediators gathered for the seventh round of talks to discuss ways of restoring the JCPOA in Vienna on November 29 after they were suspended this June due to Iranian elections. The sides discuss prospects for the United States’ possible return to the deal, steps needed to ensure full compliance with the deal’s terms by Iran, and issues of lifting the anti-Tehran sanctions.

The Joint Commission of the JCPOA will continue its work with the progress that was reached during the previous rounds of its consultations that were held before June 2021, Ulyanov said.

“It can be said after the meeting that the process has started quite well,” he stated, adding, “The Iranian colleagues demonstrated certain flexibility on a number of very important matters.”

“The most important thing is that it was decided to resume the talks from where they were suspended on June 20, 2021,” he said, adding, “Everything that was discussed in late June is now a basis for further work.”

The new Iranian delegation taking part in the Vienna talks is not ready to directly speak to the US delegation, Ulyanov told journalists.

“Nothing has changed here,” Ulyanov noted in reply to the question whether the new delegation was ready for direct negotiations with US representatives in Vienna.

The Russian envoy stated that the working process aimed at the return to the JCPOA could be considered launched. It will not be easy due to major differences between Iran and Western participants on many items, the diplomat warned.

“However, today’s discussions and our separate conversations with US Special Envoy for Iran Robert Malley showed that all without exception seek to achieve a positive result. This is the most important precondition for the successful continuation and completion of talks,” he explained.

“There is no and there cannot be a reasonable alternative to the restoration of the JCPOA. All participants confirmed this today, including the Iranians and Americans,” Ulyanov stressed.