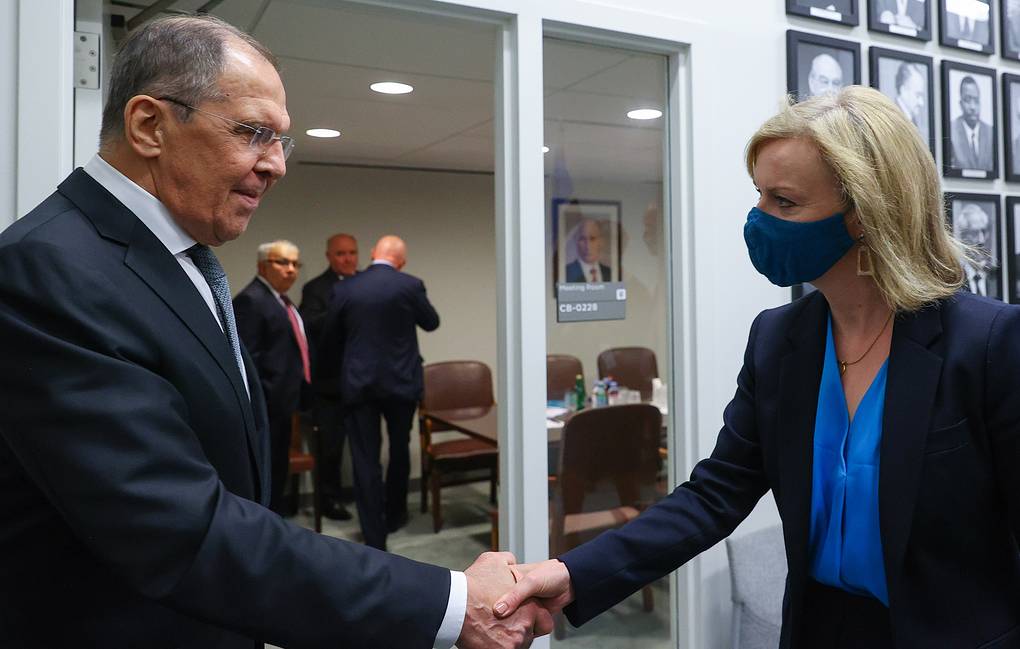 British Foreign Secretary Liz Truss and Russian Foreign Minister Sergey Lavrov underscored the need for the resumption of the Vienna talks over the revival of the Iran nuclear deal known as the Joint Comprehensive Plan of Action (JCPOA).

“They discussed the need for Iran to return to nuclear talks. They also discussed stability and security in Afghanistan, including the need for the Taliban to form an inclusive government. They looked forward to the COP26 conference in Glasgow in November,” a Foreign Office Spokesperson told TASS, commenting on the meeting’s outcome.

The diplomats held the meeting on the sidelines of the United Nations General Assembly. It was the first meeting between Lavrov and Truss, who was appointed as British foreign secretary last week in a cabinet reshuffle carried out by Prime Minister Boris Johnson.

The talks involving Iran and the five world powers (Russia, the United Kingdom, Germany, China, and France) on restoring the nuclear deal in its original form have been underway in Vienna since April. The agenda includes issues related to the lifting of US sanctions on Iran, Tehran’s implementation of its nuclear obligations and Washington’s return to the JCPOA. The nuclear deal’s participants are also holding separate consultations with the US, which don’t involve Iran. The delegations initially intended to wrap up the endeavor by late May.

Iranian Foreign Ministry Spokesman Saeed Khatibzadeh stated on Tuesday that the talks would resume in Vienna in the next few weeks.