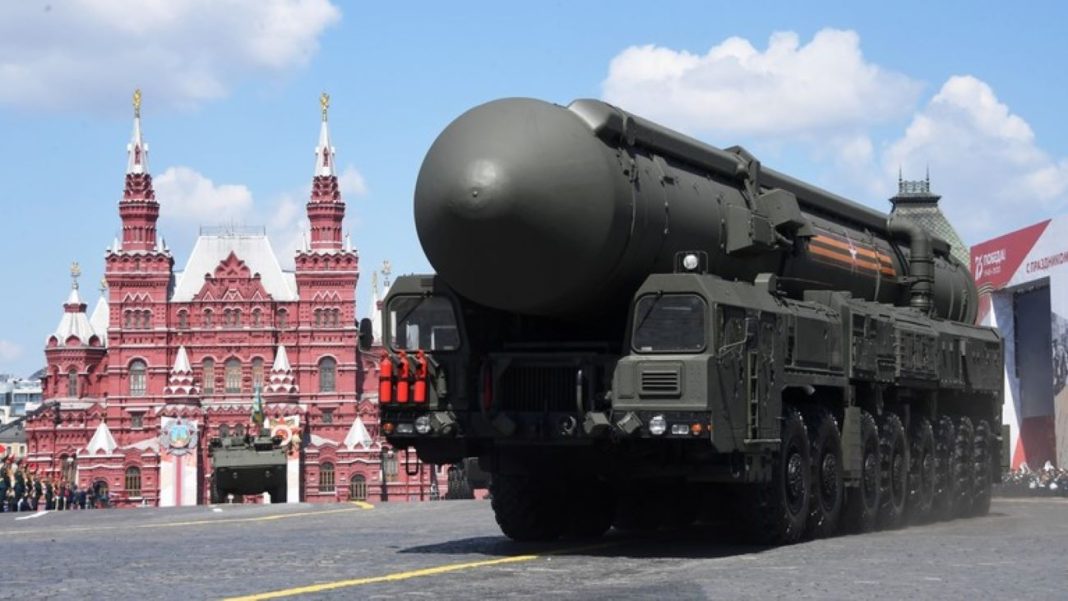 Russia on Wednesday claimed that the world was on the brink of nuclear a conflict, accusing the West of provocation.

Moscow is “strictly and consistently” guided by the principle that a nuclear war can never be won and should never be fought, the Russian Foreign Ministry said on Wednesday, calling on other atomic powers to “demonstrate in practice” their own commitment to this.

“We firmly believe that in the current difficult and turbulent situation, a result of irresponsible and shameless actions aimed at undermining our national security, the first priority is to prevent any military clash of nuclear powers,” the ministry noted.

Russia stands by its signature on the January 3 joint statement with leaders of the ‘Nuclear Five’ – which includes the US, UK, France and China – on the prevention of nuclear war and the unacceptability of a nuclear arms race.

The ministry also called on the other members of the ‘Nuclear Five’ to demonstrate in practice they also share this commitment, and to “abandon dangerous attempts to infringe on each other’s vital interests, balancing on the brink of direct armed conflict and encouraging provocations with WMD, which can lead to catastrophic consequences.”

Russia has repeatedly warned the US and its allies that their overt aid to the government in Ukraine makes them parties to the conflict in Ukraine. Moscow has also publicly accused Kiev of “nuclear blackmail,” including an alleged plan to detonate a “dirty bomb” against its own citizens.

Addressing Western accusations that Russia has made threats to use atomic weapons in Ukraine, the Foreign Ministry stated that the circumstances in which Moscow may resort to such weapons are “extremely clearly outlined, purely defensive in nature, and do not allow for broad interpretation.”

“Use of nuclear weapons by Russia is hypothetically allowed only in response to aggression carried out with the use of WMDs, or aggression with the use of conventional weapons, when the very existence of the state is threatened,” the ministry added.