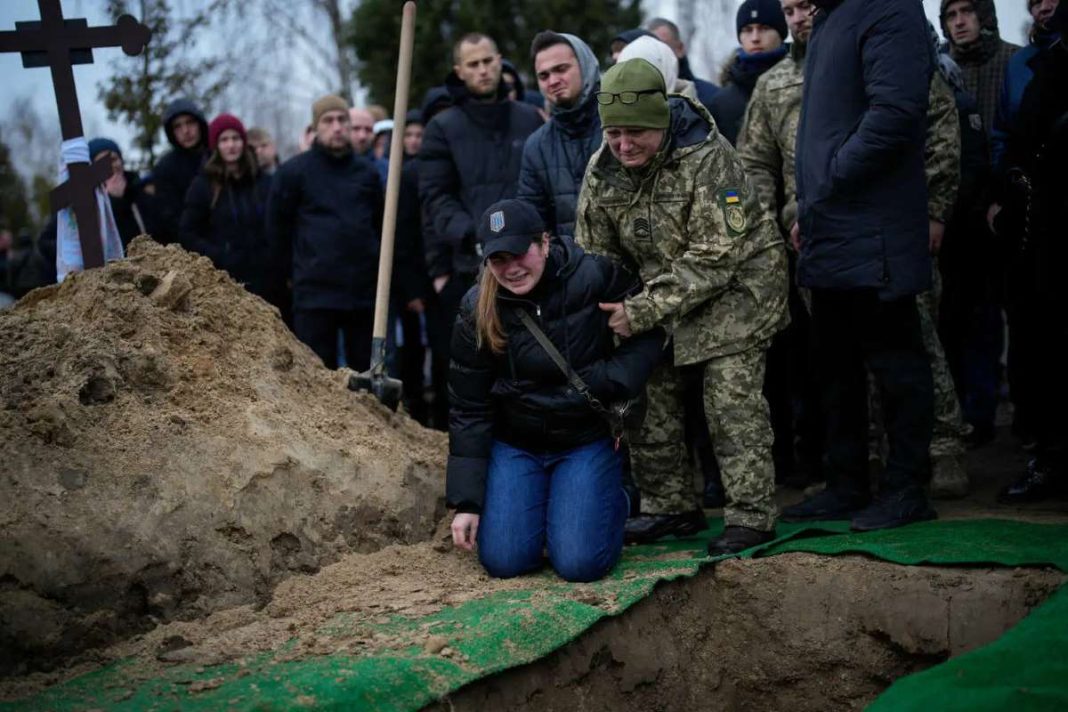 Turkey has indefinitely postponed a new round of talks with Sweden and Finland on the Nordic neighbours’ NATO membership bids, Turkish state media have reported.

The meeting was due to take place in Brussels in February, state broadcaster TRT reported, citing Turkish diplomatic sources.

On Monday, Erdogan stated Sweden should not expect Turkey’s support for its NATO membership after a protest near the Turkish embassy in Stockholm at the weekend.

Ukraine has enough energy reserves to see out winter: PM

Ukraine’s prime minister says the country has enough coal and gas reserves for the remaining months of winter despite repeated Russian attacks on its energy system.

Denys Shmyhal told a government meeting that the situation in the energy sector remained difficult but under control after a months-long Russian campaign of drone and missile attacks on critical infrastructure that damaged about 40 percent of the energy system.

“For now, all Russia’s attempts to plunge Ukraine into darkness have failed,” Shmyhal continued.

“We have enough reserves to continue and end the heating season in normal mode. About 11 billion cubic metres of gas are stored in gas storages and nearly 1.2 million tonnes of coal are in storages,” he added.

Former Russian President Dmitry Medvedev has hit back at media reports in the West that Russia is running low on missiles and artillery, saying Moscow has “enough of everything”.

“Our opponents are watching, they periodically make statements that we don’t have this or that,” Medvedev stated during a visit to a Kalashnikov factory in Izhevsk, about 1,000 kilometres (620 miles) east of Moscow.

“I want to disappoint them. We have enough of everything,” he added.

In a video posted on his Telegram channel, Medvedev, who is among Russia’s most hawkish pro-war voices, was seen inspecting the assault rifles, artillery shells, missiles and drones.

President Vladimir Putin has said there are shortages of some medicines in Russia, despite the country producing more of its own drugs in the face of sweeping Western sanctions over the war.

While prescription drugs are exempt from sanctions imposed over the conflict, their delivery to Russia has been hit by transport, insurance and customs hurdles caused by the war and other restrictive measures, industry figures say.

“There has been a shortage of some drugs, despite the fact that we saw production of pharmaceutical products in the [first] three quarters of last year grow by about 22 percent,” Putin noted during a televised meeting with officials.

“Sixty percent of medicines on the market are domestic drugs. Nevertheless, a deficit has formed in some drugs, and prices have risen,” he added.

Ukraine’s government has dismissed five regional governors and an array of other senior officials in the biggest shake-up of the country’s political leadership since Russia launched its invasion in February.

Among more than a dozen senior Ukrainian officials who have resigned or were dismissed were the governors of the Kyiv, Sumy, Dnipropetrovsk, Kherson and Zaporizhzhia regions.

All five regions have witnessed major fighting over the past year, giving their governors an unusually high national profile.

A deputy defence minister, a deputy prosecutor, a deputy head of Volodymyr Zelensky’s office and two deputy ministers responsible for regional development were among the other officials to leave their posts.

An inspection of Ukrainian nuclear plants found no military equipment stashed at the sites, debunking a claim from Russia, the head of the International Atomic Energy Agency (IAEA) says.

Rafael Grossi made the remarks after Russia’s foreign intelligence service on Monday accused Ukraine of storing Western-supplied arms at nuclear power stations across the country.

Grossi told the European Parliament that the IAEA, the UN nuclear watchdog, had established a permanent presence at all Ukrainian nuclear facilities, and he had ordered inspections on Tuesday to ascertain whether any of them contained military equipment.

“The result of those inspections was negative,” he added.

“We are preparing our decision and it will come very soon,“ Pistorius said during a joint press conference with NATO Secretary General Jens Stoltenberg on Tuesday.

If the decision is taken to send the tanks, Germany will be able to “act very soon,” added Pistorius.

He defended Germany from criticism for holding off on sending the tanks, saying they are not the only ones weighing up the decision.
“There are some partners who are still evaluating, this is a process,” he explained. ”

Germany would not stand in the way if other nations started training Ukrainian soldiers on Leopard tanks, he added.

“We don’t stand in the way of starting the training right away, but we can’t do that until we’ve made a decision about how to handle the Leopard delivery,” Pistorius said.

NATO chief Jens Stoltenberg has said he is confident the transatlantic military alliance will find a solution soon on the delivery of battle tanks to Ukraine.

“At this pivotal moment in the war, we must provide heavier and more advanced systems to Ukraine, and we must do it faster,” Stoltenberg told reporters after meeting with Germany’s new defence minister, Boris Pistorius.

“I therefore welcome our discussion today. We discussed the issue of battle tanks. Consultations among allies will continue and I’m confident we will have a solution soon,” Stoltenberg added.

The United Kingdom, a NATO member, has already pledged to deliver more than a dozen of its Challenger 2 units to Kyiv, while pressure is mounting on Germany, a fellow ally, to follow suit and deliver its own Leopard 2s.

Finland’s foreign minister has called for a “timeout” of a few weeks in negotiations between Finland, Sweden and Turkey on the two Nordic nations’ bid to join NATO.

“A timeout is needed before we return to the three-way talks and see where we are when the dust has settled after the current situation, so no conclusions should be drawn yet,” Foreign Minister Pekka Haavisto told Reuters in a telephone interview.

“I think there will be a break for a couple of weeks,” he added.

Turkey’s President Recep Tayyip Erdogan said on Monday that Sweden should not expect his country’s support for NATO membership after a protest near the Turkish embassy in Stockholm last week that also involved the burning of the Muslim holy book Quran.

Ukrainian President Volodymyr Zelensky signaled there would be changes to “personnel” within the Ukrainian government, without naming specifically affected people.

“There are also personnel decisions – some today, some will be made tomorrow – regarding managers of various levels in government ministries and other central government agencies, in the regions, and in the law enforcement system,” Zelensky said during his daily.

He noted that he had signed a decree banning officials from traveling abroad on anything but official business.

“Officials will no longer be able to travel abroad for vacation or any other non-governmental purpose,” the president added.

Zelensky said that the cabinet would develop a procedure for ensuring that any officials leaving Ukraine were doing so for “a real business trip.”

86% of schools in Kyiv region now have bomb shelters: Official

In Ukraine’s Kyiv region, 86% of schools and kindergartens now have bomb shelters, the head of that region said on Telegram Monday.

“A total of 1,085 shelters have already been set up in educational facilities in Kyiv region,” said Oleksiy Kuleba, head of the Kyiv Regional Military Administration.

“That’s 86% of the region’s schools and kindergartens that can operate in full-time or mixed formats,” Kuleba added.

Russia has sent tens of thousands of new troops to reinforce front lines: US military official

Russia has sent tens of thousands of new troops to reinforce the front lines in Ukraine over the last few months, a senior US military official stated Monday.

The troops have made little difference in the conflict, the official said, arriving on the front lines “ill-equipped, ill-trained” and “rushed to the battlefield.”

Russia has sent the troops in as replacements or reinforcements for existing units instead of newly organized and cohesive units. The troops began arriving on the battlefield following Russia’s stated mobilization of 300,000 new personnel in October, the official later noted.

EU pledges an additional $590 million in support for Ukraine

That brings the EU’s total amount of military support for Ukraine, coming via the European Union’s intergovernmental fund, to 3.6 billion euros ($3.9 billion), Borrell told reporters in Brussels on Monday.

“Ukraine is resisting with courage and determination,” Borrell said in a news conference.

“Ukraine has to win this war and we will support in the best possible way,” he continued.

Borrell added that the total figure of the bloc’s support to Ukraine, including military, financial, economic and humanitarian aid, now stands at 49 billion euros ($53.21 billion).

“Russia continues its systematic barbaric attacks on Ukrainian cities, killing civilians and destroying civilian infrastructures,” Borrell said, adding, “We have not seen any genuine willingness from Russia regarding a fair and sustainable peace.”