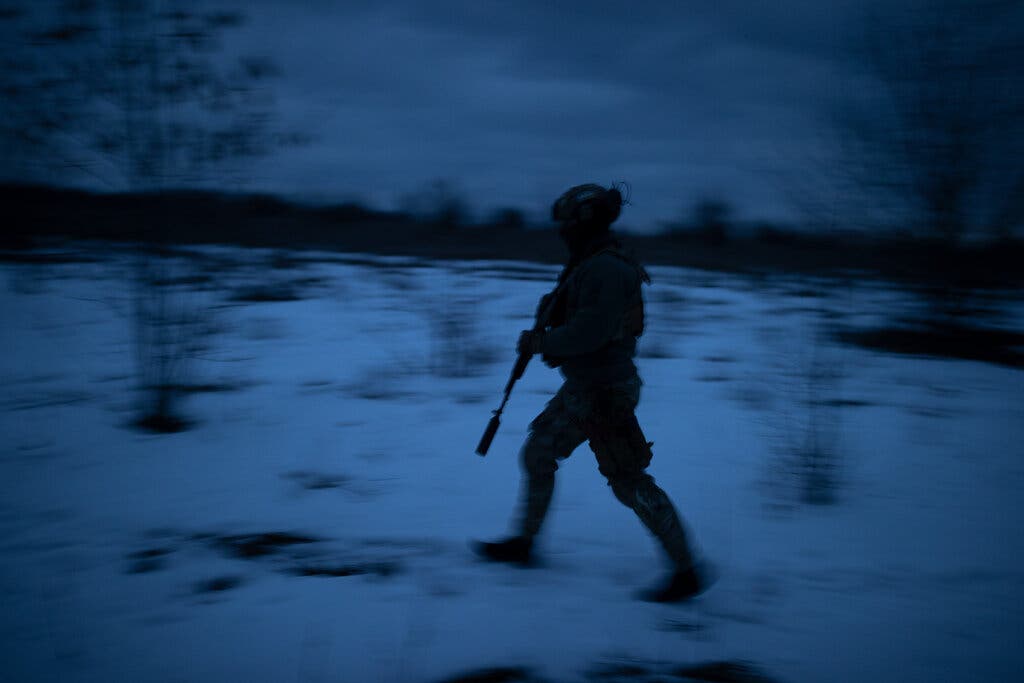 The speculation of Western countries about how many days Kiev can fall in the course of a potential Russian invasion is madness and scaremongering, Russian First Deputy Permanent Representative to the UN Dmitry Polyanskiy said on Sunday.

“Madness and scaremongering continue. <…> What if we would say that US could seize London in a week and cause 300K civilian deaths? All this based on our intelligence sources that we won’t disclose,” Polyanskiy stated in a Twitter post.

“Would it feel right for Americans and Britts? It’s as wrong for Russians and Ukrainians,” he added.

Concerns over Moscow’s alleged preparations for an invasion into Ukraine have been increasingly announced in the west and in Kiev recently. Kremlin Spokesman Dmitry Peskov castigated these statements as an empty and groundless escalation of tension, emphasizing that Russia posed no threat to anyone. At the same time, the Kremlin press secretary did not exclude some possible provocations to justify such claims and warned that the attempts to resolve the Ukrainian conflict by force would carry extremely serious consequences.

Russia has assembled 70 percent of the military forces needed to launch a massive invasion of Ukraine that could result in tens of thousands of civilian deaths and millions of refugees, according to US military and intelligence officials.

Senior US officials warned in briefings to lawmakers and European partners in recent days that if Moscow elects to launch a full invasion of Ukraine, 50,000 civilians could be killed and up to 5 million refugees could result, multiple news outlets reported on Saturday.

According to official US assessments, Russia has 83 battalion tactical groups of roughly 750 troops each on the border of Ukraine, amounting to 70 percent of the forces he would need to maximize a full invasion.

On Saturday, Russian Ambassador to Washington Anatoly Antonov said on the YouTube channel Soloviov Live Moscow is not planning to attack Ukraine, as Moscow does not need that and it is not in its interests.

“We keep saying that Russia is not going to attack anyone, we do not need that, it is not in our interests. It is merely nonsense to design some illusory projects of Russian aggression,” he added.

According to the diplomat, the alleged American exceptionalism, which has been and remains the baseline of Washington’s foreign policy, lays the foundation of the order that the US is trying to create.

“In recent days, I have held quite a few conversations with politicians, diplomats and military people. We often discuss the current situation. Everyone says to me, ‘Pay attention to America’s unique features of unquestionable virtues and undeniable might’,” the ambassador continued.

“And there appears an interesting new nuance. Americans come round and say, ‘What have you done? Why have you destroyed the positivity of the meeting between [Russian and US Presidents] Vladimir Putin and Joe Biden in Geneva?’ Russia was supposedly placated by the US leaders’ assurances that there are no plans to destabilize the situation in Russia, to take advantage of the liberal media’s peaceful rhetoric and the willingness of US agencies to implement the decisions adopted by our presidents. Certainly, Americans interpret it in their own way,” Antonov said.

The ambassador went on to say that it was allegedly perceived by the US as an extra opportunity to promote Russian interests within the post-Soviet space.

“That is why, they say, Russia opted to ramp up stakes and escalate the situation. To be honest, my recent meetings with colleagues were a surprise,” he noted, adding, “When you start talking with Americans, trying to clarify the situation in a logical way so that they can understand what Russia’s position is like and what we want, they say, “Oh, come on, Mr. Ambassador. We have known all these points for a long time. Let’s decide right now as the problem is your troops at the border and you must move them away from it”.”

Nevertheless, Antonov added, when Americans are asked in response where Russian troops are stationed, according to their data, they answer that they probably are at a distance of 10-15 kilometers.

Moscow expects new anti-Russian sanctions from Washington, but it is difficult to say yet what form they will take, he said.

“We are waiting for the [US] sanctions. It is hard to say now what they will be like. They are having an argument about who will hit Russia in a stronger and more painful way,” he stated.

According to the Russian diplomat, the US Congress debates on a daily basis “with full consensus” that sanctions are much needed, but disagreements are about the scale and timeframe of those sanctions.

“It just proves that the level of diplomatic skills of the United States, which cannot solve pressing international security issues at the negotiation table, is decreasing,” he stressed.

Earlier, a group of Democrats under the chairman of the Senate’s foreign relations committee, Robert Menendez (Democrat from New Jersey), submitted to the upper house of the US Congress the Defending Ukraine Sovereignty Act of 2022. It envisages the introduction of sanctions against the Russian president, prime minister, foreign and defense ministers, chief of the General Staff, and other senior military officials. Also, some restrictions may be applied to the Nord Stream 2 gas pipeline.