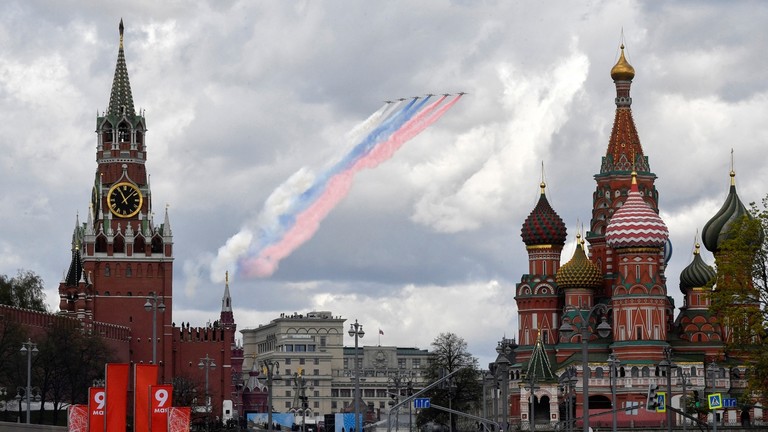 A top Russian security official says Moscow is in no way threatening Ukraine, adding all allegations by the US authorities in this regard are total absurdity, Russian

“Everybody is saying these days that Russia is threatening Ukraine. Total absurdity! There is no threat whatsoever,”

Nikolay Patrushev Security Council Secretary stated, stressing that “even the Ukrainians themselves, including the officials, are stating” that there is no threat.

“However, American officials maintain that the threat is here, and they are ready to fight, supplying weapons, down to the last Ukrainian,” Patrushev added.

Over the past few months, Western media and top officials have repeatedly sounded alarm over an allegedly imminent Russian “invasion” of Ukraine. Moscow, however, has consistently denied harboring any plans to attack its neighbor, with the Kremlin spokesman Dmitry Peskov dismissing such claims as “groundless.”

Movements of Russian troops in the relative vicinity of the Ukrainian border has been cited as the only ‘proof’ of the looming aggression alleged, with Russia pointing out it is in its full right to move its military wherever it pleases across the country’s own territory.

Downing Street announced its “biggest possible offer” to NATO in a statement late on Saturday. The UK’s prime minister is weighting this “major military deployment” needed to deter an allegedly “rising Russian aggression” in Europe in general and in Ukraine in particular.

“This package would send a clear message to the Kremlin – we will not tolerate their destabilising activity, and we will always stand with our NATO allies in the face Russian hostility,” Boris Johnson stated.

“I have ordered our Armed Forces to prepare to deploy across Europe next week, ensuring we are able to support our NATO allies on land, at sea and in the air,” he continued.

Should Russian President Vladimir Putin choose “a path of bloodshed and destruction,” Johnson went on, it would result in a “tragedy” for the whole European continent.

The UK’s potential offer to NATO may involve sending “defensive weapons to Estonia” as well as doubling the number of British troops on the ground. London is also considering sending in military specialists, warships and “fast jets” to reinforce its NATO allies. Downing Street did not specify where exactly, apart from Estonia, the cited assets might go.

“The UK already has more than 900 British military personnel based in Estonia, more than 100 in Ukraine as part of Operation Orbital, and a Light Cavalry Squadron of around 150 people is deployed to Poland,” it said in the statement, adding that, since 2015, some “22,000 Ukrainian troops” have been trained under that operation.

Additional “military trainers” were sent to Ukraine earlier in January along with a haul of British-made anti-tank missiles, to teach the Ukrainian service personnel how to use the weaponry.

The details of the NATO deal are expected to get fleshed out next week, with UK officials “deployed to Brussels” to discuss London’s offer with other NATO allies. The potential deployment “will reinforce NATO’s defences and underpin the UK’s support for Nordic and Baltic partners,” London stressed.

At the same time, the UK signaled it was still willing to engage in diplomacy with Moscow, insisting that without its efforts “thousands of lives will be lost in both Russia and Ukraine.”

“The Prime Minister is expected to speak to President Putin and travel to the region early this week to relay that message in person,” Downing Street revealed.

On Sunday, British Foreign Secretary Liz Truss stated that the government will widen the scope of sanctions targeting Russia.

“What the legislation enables us to do is hit a much wider variety of targets. So there can be nobody who thinks that they will be immune to those sanctions”, Truss told Sky News.

The foreign secretary claimed, “There will be nowhere to hide for Putin’s oligarchs” and “Russian companies involved in propping up the Russian state”

ia earlier suggested that the authorities have been contemplating cutting Russia off from the inter-bank system SWIFT and imposing sanctions on the Nord Stream 2 pipeline amid the escalation in Ukraine.

Tensions between Moscow and London have been on the rise over the past few weeks, with the Foreign Office claiming that Russia is planning to “install a puppet government in Kiev”. London even named former Ukrainian MP Yevhen Murayev as a potential leader of the “pro-Russian” government – despite him having been under Russian sanctions since 2018.

Earlier, US President Joe Biden announced that Washington will boost its military presence on Russia’s doorstep by moving more troops to Eastern Europe in the near future. The US leader made the remark while speaking to the media on Friday evening.

Asked if he had decided “how soon” he “would be moving US troops to Eastern Europe,” Biden reportedly said that he would sent a small number of American servicemen to the region “in the near term.”

On Monday, the Pentagon announced that some 8,500 American troops had been placed on “heightened alert” to deploy to Eastern Europe.

Speaking at a briefing earlier on Friday, US Secretary of Defense Lloyd Austin said that these troops would be used to “reinforce security on NATO’s eastern flank,” adding that a hypothetical Russian attack would face a “unified” response from the US-led military bloc. While Ukraine is not a NATO member, Austin warned Moscow about retaliation in case it attacks a member of the alliance, stating, “An attack against one NATO member is an attack against us all.”

However, he appeared to rule out the involvement of US troops in any military action in Ukraine itself. Biden “does not intend to put troops into Ukraine for combat operations,” the Pentagon chief noted