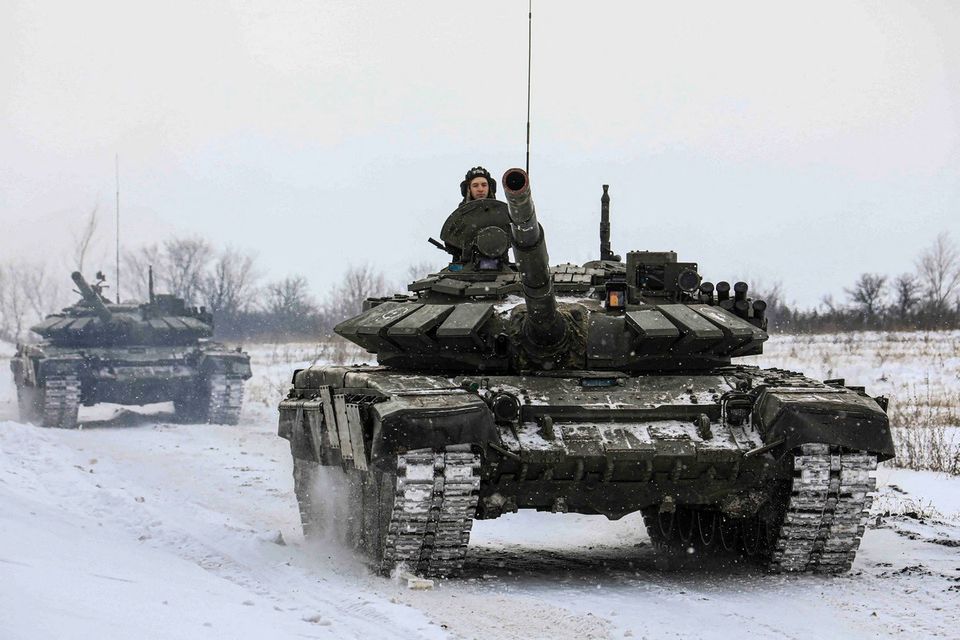 Russian troops have completed their training drills in Belarus, close to neighboring Ukraine, and will begin returning to their places of regular deployment, the Ministry of Defense announced on Tuesday. It comes amid fears in the West that the exercises could have been a precursor to an invasion.

Major General Igor Konashenkov, the chief spokesperson for the ministry, delivered the news in a video released by military chiefs on Tuesday.

“As the forces complete their military exercises, they will, as always, complete a multimodal march back to their permanent bases,” Konashenkov stated.

“The divisions of the South and West Military Districts have finished their tasks and have already begun loading the rail and automobile transport, and today will begin moving back to their military garrisons,” he added.

He explained that different divisions would be moving separately in military columns. Video clips released by officials also showed armor being loaded onto railway carriages to return home.

Russia began conducting the joint “Union Resolve” drills with Belarus last week, and they are scheduled to last until February 20. According to a statement from Moscow, the exercises are designed to test and develop the two nations’ abilities to “halt and repel foreign aggression” and will involve ground forces, heavy equipment such as tanks, and air force maneuvers.

Western leaders have been voicing fears for months that Russia could be planning a full-blown invasion of Ukraine, and have pointed to reports of a troop buildup on the two countries’ shared border, as well as the exercises in Belarus, as signs of aggressive intentions. Moscow has consistently denied that it plans to attack, and has called for security agreements that would limit the activity of NATO, the US-led military bloc, in Eastern Europe.

Last Wednesday, White House spokesperson Jen Psaki called the drills “concerning,” but said that she would not make any predictions about their significance regarding a potential invasion. US President Joe Biden has previously warned that Moscow could order an offensive at any moment.

On Monday, President Vladimir Putin summoned Foreign Minister Sergey Lavrov and Defense Minister Sergei Shoigu to the Kremlin to discuss their opinion on the offers received from the US and NATO on the subject of European security and the potential expansion of the military bloc into Ukraine. Putin began the meeting by saying that NATO enlargement is “endless and very dangerous,” and said “I’d like to hear your analysis and your proposals concerning the reaction to the responses we have received from Washington and Brussels.”

Lavrov explained that the American reply had come in two parts. The first dealt with Moscow’s demands that NATO halt its expansion, cease to deploy weapons that could threaten Russia, and restore the “military-technical” configuration that existed in Europe in 1997, before the military bloc added several of its current members, including many former Eastern Bloc states.

“On these questions, the answer is negative,” Lavrov stated.

He noted that “this, of course, cannot satisfy us.”

He went on to say that the Russian side was also unhappy with the second part of the US-NATO document, which concerned the principle of “indivisible security,” which Moscow has argued means that the alliance cannot expand at the expense of Russian security.

“Not one of my ministerial counterparts answered my direct message,” Lavrov reported. He said that European leaders had merely assured him, “don’t worry, we must continue the dialogue, the most important thing is de-escalation around Ukraine,” an answer that the diplomat called “disparaging.”

Despite the complaints that Moscow’s concerns are not being heeded, Lavrov assured Putin that he still believes there is a chance to reach some form of agreement with the US and NATO on the “crucial, worrisome questions,” and said he thinks the West is trying to entangle Russia in “an endless negotiation process, with no logical conclusion.”

“We are warning of the unacceptability of endless conversations about questions that require a solution today,” he went on, adding, “But still, as the Minister of Foreign Affairs, I should say there is always a chance.”

In a statement issued following the meeting, Kremlin Press Secretary Dmitry Peskov said that Putin had approved the ten-page response.
Moscow sent its initial security proposals to NATO and the US in December, as Western leaders sounded the alarm that Russia could be planning an imminent invasion of Ukraine, which it has repeatedly denied. In recent weeks, some American and European officials have indicated that they believe Russia could attack its neighbor at any moment. Ukrainian leaders, however, have urged people not to panic, while arguing that the threat should not be downplayed.