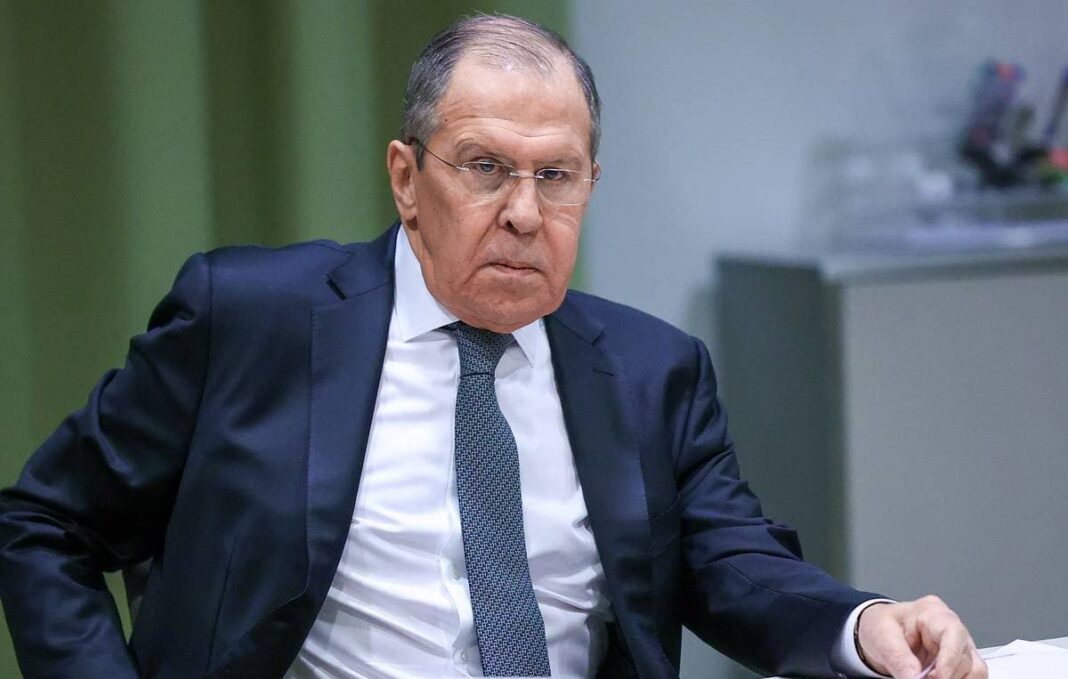 Russian Foreign Minister Sergey Lavrov says there is no way that Moscow joins NATO, since the West does not want to have rivals comparable in influence at the global stage.

Commenting on the question about the possibility of joining NATO on certain conditions, on an equal footing, the top diplomat noted that he did not assume such opportunity for Russia.

“I do not consider this possible, as the whole process does not revolve around NATO or the EU, it is about the West’s unwillingness to have any competitors in the international arena that are in the slightest degree comparable in terms of influence,” Lavrov pointed out.
According to the Russian top diplomat, such attitude of the Western states explains their “hysteria over the rise of China”, which accepted the rules of the game introduced in the global economy and “outplayed the West on its own field.”

The West cannot be taken at its word, since it betrayed the confidence placed in it by Russia after the collapse of the USSR, Lavrov told the Solovyov Live YouTube channel.

“Everything that happened with our relations after the collapse of the USSR, when the new ties were built, as the [Russian] president had repeatedly recalled, was a completely unprecedented level of trust, the willingness to become friends and almost allies <…>. But all of this, as we clearly understand, was a mistake. You cannot trust their word,” Lavrov insisted.

The top diplomat commented on the statement made by former Russian Foreign Minister Andrey Kozyrev, who believes that Russia needs to join NATO.

Lavrov added that “many Russian politicians, especially oppositional ones, viewed the West as unconditionally ideal and an unquestioning leader.”

“They do not see any flaws in the West, or see the damage that the West is doing all over the world, destroying countries as well as statehoods,” the Russian foreign minister continued.

“Of course, they had,” the top diplomat insisted, referring to the statements of the British diplomat who partook in the talks on the unification of Germany.

“This British diplomat wrote, I do not think that it will be difficult to find this quote, some incredible thing. He claimed that they sincerely promised that NATO would not expand, but of course, they did not mean it. They were motivated by the historic chance to build a new Europe, in which there will be no confrontation, while US National Security Adviser in 1977-1981 Zbigniew Brzezinski, talking to one of his colleagues, revealed that they deceived [Russia],” Lavrov stated.

The Russian leadership is not considering the possibility of turning the country into a “besieged fortress” because of the Western sanctions, he said.

“Will we become a “besieged fortress”? I am sure that this is not part of the plans of the Russian leadership. Absolutely,” the minister added.

“The President [of Russia Vladimir Putin] constantly voices, in particular in his last speeches, at his big press conference, his commitment to expanding opportunities for the free development of society, for democratic principles,” he added.

Lavrov said that if the West strengthened sanctions, Russia would find an answer but he stressed that Moscow was counting on the prudence of its Western partners.

“I am convinced that even if this scenario, which is fantastic for me, comes true, we will find an answer,” the minister stated.

Lavrov noted that there are politicians in the West who consider it useless to impose sanctions on Russia. Nevertheless he stressed that Russia will not change its beliefs due to the discontent of its Western colleagues.

“In case someone has not yet understood it yet – every day Russia proves its ability to solve any problems, and it will not change its way of life, its beliefs, just because the West got angry and closed some technologies there,” he continued.