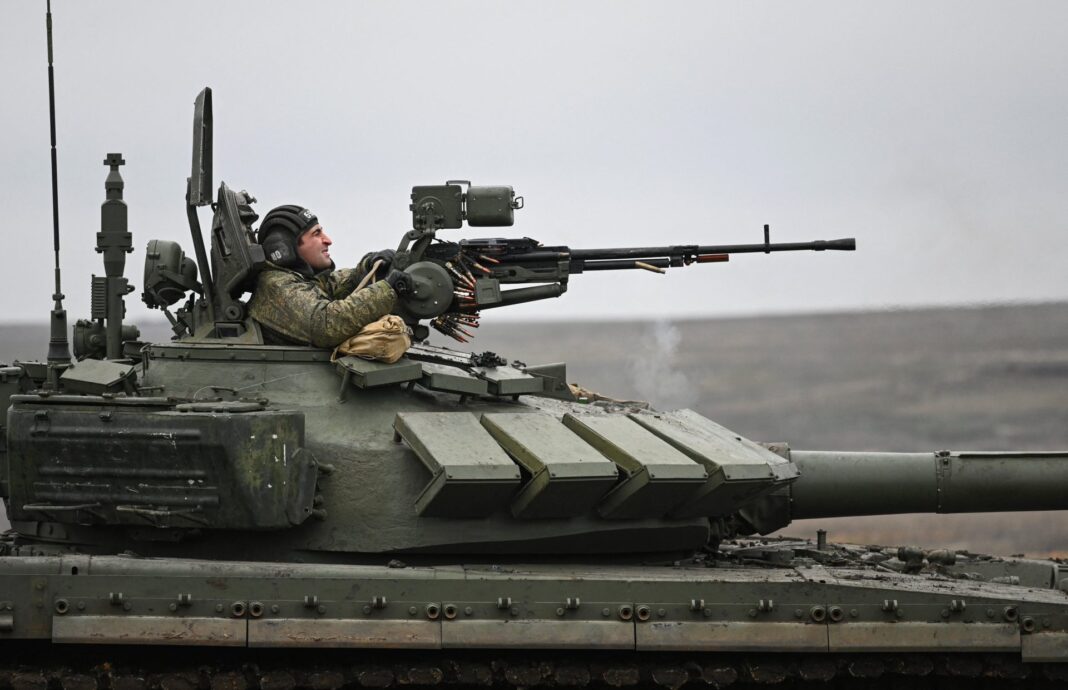 Russia has staged live-fire exercises involving troops and tanks near the Ukrainian border. It comes as Russian and the US negotiators gave no sign of narrowing their differences in briefings after the recent talks in Switzerland.

A day after the US side urged Russia at talks in Geneva to pull back an estimated 100,000 troops from near the border, the defense ministry said about 3,000 servicemen had started combat training including mock battles in four regions of southwestern Russia.

The drills suggested that the Kremlin has no intention of easing the military pressure that has brought the United States to the negotiating table, where Moscow has presented demands for sweeping security guarantees from the West.

Moscow has dismissed months of claims by Western officials and media that it has any plans to “invade” its neighbor, and rejected Western “concerns” about Russian troop movements and exercises inside the country’s own territory.

Kremlin spokesman Dmitry Peskov has said it was positive that Monday’s talks had been held in an open, substantive and direct manner, but that there was no real cause for optimism.

Russia wants quick results, he continued, adding, “There are no clear deadlines here, no one is setting them – there is just the Russian position that we will not be satisfied with the endless dragging out of this process.”

US Under Secretary of State Victoria Nuland told reporters it was “disappointing to hear” the Kremlin found no cause for optimism in the talks, and said Washington wanted the “constructive” exchange of views to continue.

Russia staging live-fire exercises “obviously goes in exactly the opposite direction” of the de-escalation Washington wants to see, Nuland added.

White House Press Secretary Jen Psaki confirmed Tuesday that President Joe Biden has been following the talks with Russia “pretty closely”, and “receives nearly daily, if not daily, updates from his national security team on how the conversations are going, what the talks look like and what the status of those conversations is”.

After the Geneva talks on Monday, Russian Deputy Foreign Minister Sergei Ryabkov stated the two sides had “in some ways opposite views”. He told reporters, “For us it’s absolutely mandatory to make sure that Ukraine never, never, ever becomes a member of NATO”.

US Deputy Secretary of State Wendy Sherman also noted, “We were firm … in pushing back on security proposals that are simply non-starters to the United States”.

NATO has no immediate plans to admit Ukraine, but says Russia cannot dictate its relations with other sovereign states – a stance reaffirmed by Ukraine’s foreign minister on Tuesday.

Biden warned Russian President Vladimir Putin in two conversations last month that any new Russian aggression would trigger severe economic costs in the form of unprecedented sanctions. Putin responded that such moves would be a colossal mistake and lead to a complete rupture in relations.