Russia deploys S-400 in Belarus amid tensions over Ukraine 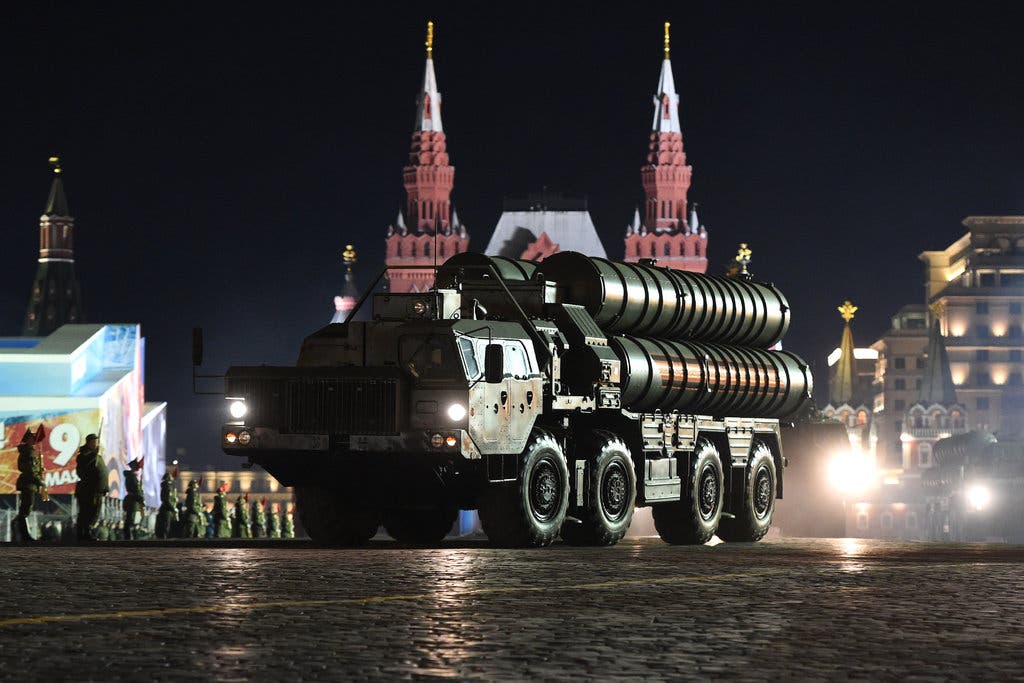 Russian S-400 surface-to-air missile systems have been deployed to Belarus and will go on air defense combat alert as part of an inspection of the Union State’s Response Force, according to the Russia’s Defense Ministry.

“S-400 ‘Triumf’ anti-aircraft missile systems of the Eastern Military District’s Air Force and Air Defense Army involved in an inspection of the Union State’s Response Force have arrived in Belarus,” the ministry said in a statement on Thursday.

From the unloading station, the personnel will conduct a march on their vehicles to an unfamiliar training ground in the Brest Region, the ministry specified.

“Upon arrival at the places of accomplishing their training tasks, the Russian teams of the S-400 surface-to-air missile launchers will go on air defense combat alert as part of the Russia-Belarus integrated air defense system,” the ministry added.

The Russian Defense Ministry earlier reported that two battalions of S-400 ‘Triumf’ air defense systems of the Eastern Military District’s Air Force and Air Defense Army were sent to Belarus in an inspection of the Union State’s Response Force.

The inspection of the Russia-Belarus Union State’s Response Force will run in two stages. At the first stage before February 9, the Belarusian and Russian militaries will practice deploying troops and creating task forces in dangerous directions on the territory of Belarus within a short period of time. During this stage, the troops will practice protecting and defending vital state and military facilities and protecting the state border in the airspace and checking the preparedness and capability of air defense quick reaction alert forces for accomplishing the tasks of shielding vital facilities.

At the second stage of the inspection that will run on February 10-20, the Union Resolve 2022 joint drills will be held, in which the troops will practice fighting and repelling external aggression, countering terrorism and protecting the interests of the Union State.

As the Russian Defense Ministry reported, during the joint drills, the troops will practice reinforcing state border sections in potential areas of the illegal penetration of armed gangs into the territory of Belarus and shutting down channels of the supply of arms, munitions and other means that can be used for destabilizing the situation in the country, eliminating outlawed armed gangs and enemy subversive and reconnaissance groups.

The troops will practice their joint operations at the Domanovsky, Gozhsky, Obuz-Lesnovsky, Brestsky and Osipovichsky training grounds and also on some terrain sections on Belarusian soil. The Baranovichi, Luninets, Lida and Machulishchi airfields will also be involved in the drills.

Recently, claims of Russia’s potential invasion of Ukraine have been echoed quite often in Ukraine and throughout Western countries. Kremlin Spokesman Dmitry Peskov lambasted such reports as an “empty and groundless escalation of tensions”, underscoring that Russia does not pose any threat to anyone. Peskov noted that provocations may happen in order to justify such claims and warned that such attempts will bear the most serious consequences.