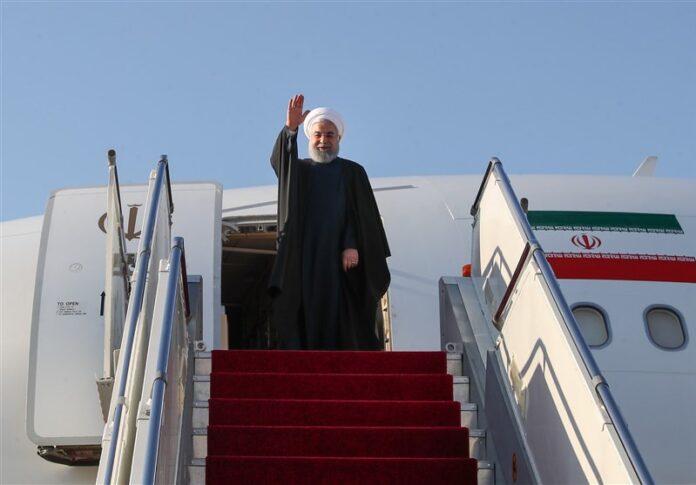 Iranian President Hassan Rouhani is going to start a tour of Central Asia that will take him to Kyrgyzstan and Tajikistan for the SCO and CICA summits.

President Rouhani is scheduled to travel to Bishkek, capital of Kyrgyzstan, on June 13 to participate in the Shanghai Cooperation Organization (SCO) summit.

Kyrgyz officials say the presidents of Iran, Afghanistan, Belarus and Mongolia have been invited to the conference as observers, noting that 20 regional and international documents will be signed at the conclusion of the summit.

Known as a major Eurasian political and economic alliance, the Shanghai Cooperation Organization was established in June 2001 in Shanghai by the leaders of China, Kazakhstan, Kyrgyzstan, Russia, Tajikistan, and Uzbekistan.

After visiting Bishkek, the Iranian president will travel to Tajikistan to attend the 5th summit of the Conference on Interaction and Confidence Building Measures in Asia (CICA) at the invitation of his Tajik counterpart Emomali Rahmon.

According to the Ministry of Foreign Affairs of the Republic of Tajikistan, Rouhani’s participation in the summit has been confirmed during Tajik Foreign Minister Sirodjidin Mukhriddin’s recent trip to Tehran.

The upcoming CICA summit in Dushanbe, slated for June 14 and 15, is designed to serve as a platform for discussing and resolving problems in Asia, as well as for promoting initiatives and finding effective mechanisms at a high level.

The idea of formation of CICA was first brought up by Kazakhstan’s outgoing President Nursultan Nazarbayev in October 1992, during the 47th Session of the United Nations General Assembly.