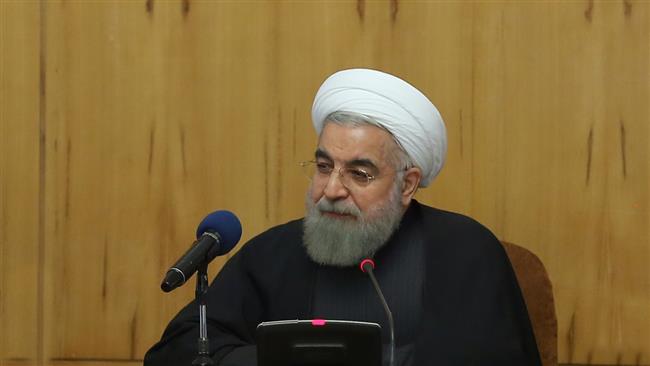 Those aiding terrorist groups should be held accountable for the crimes committed by terrorists, the president said.

Iranian President Hassan Rouhani says those who make anti-Muslim allegations under the pretext of fighting terrorism are themselves supporters of terrorism.

“Unfortunately, today, certain individuals across the world, under the pretext of combating terrorism, announce that Muslims should not be allowed into other countries and this is while these individuals are themselves among founders and supporters of terrorism,” President Rouhani said in reaction to Islamophobic and xenophobic rhetoric by US presidential hopeful Donald Trump on Wednesday.

He added that those aiding terrorist groups should be held accountable for the crimes committed by terrorists.

Trump, the leading candidate for Republican presidential nomination, on Monday called for a ban on Muslims entering the US, the latest in a series of bigoted remarks about Muslims and non-European immigrants on his campaign trail.

Trump, whose campaign has been marked by controversy from the beginning, stood by his anti-Muslim proposal on Tuesday, saying it was a temporary move in response to last week’s mass shooting in San Bernardino, California.