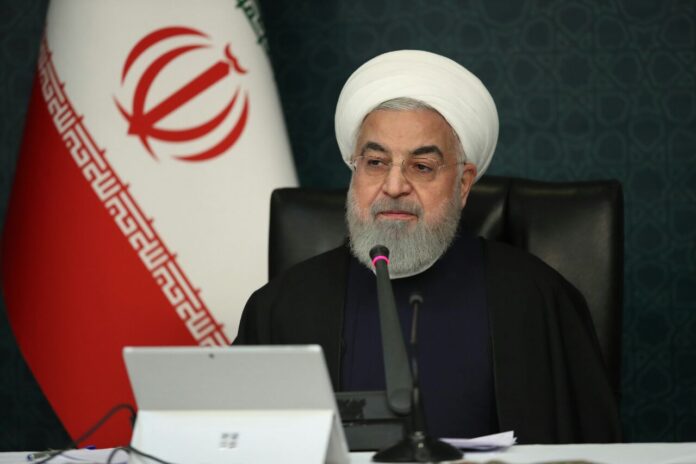 Rouhani said the US claim that it is ready to help the Islamic Republic in the fight against the coronavirus is one of the biggest lies in history.

He questioned the sincerity of Washington’s offer saying what the US is doing is like someone offering a muddy glass of water while blocking the flow of the stream from which clean water is coming.

He made the comment in the government’s cabinet meeting on Monday.

The Iranian president said if Washington is really willing to help, it should remove the cruel sanctions against the Iranian nation.

Rouhani said the country’s doctors, scientists and nurses are self-sufficient and know what to do if the restrictive measures are put aside.

Tensions between the two countries have been running high since 2018, when US President Donald Trump withdrew from Tehran’s 2015 nuclear deal with six world powers and reimposed sanctions
that have crippled the Iranian economy.

Iranian authorities have blamed US sanctions for hampering its efforts to curb the outbreak and Rouhani has urged Americans to call on their government to lift sanctions as Iran fights the coronavirus.

On Monday, Iran’s foreign minister Mohammad Javad Zarif also accused the United States of hampering the global fight against the COVID-19 pandemic.
In a tweet, he said the US refusal to lift its illegal sanctions on Iran is impeding efforts to curb the spread of the illness.

Zarif said the US is not listening to international calls for the removal of the bans. He urged the global community to defy what he called the US punishment of the Iranian nation, saying it’s the only remedy.

The top diplomat also reiterated that Iranians appreciate the growing global campaign against America’s sanction regime on their country.