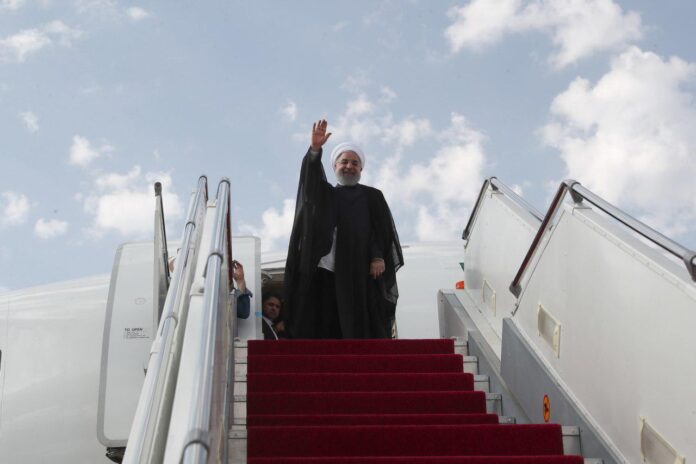 Iranian President Hassan Rouhani on Sunday left Tehran for New York City to attend the annual meeting of the UN General Assembly, where he is expected to condemn the US’ hostile policies towards the Iranian nation and the violation of its international commitments.

Speaking to reporters before starting the trip, President Rouhani said the UN General Assembly meeting is a general forum where Iran can express its viewpoints on regional and international issues.

The president said he will also have an opportunity to sit down with world leaders on the fringes of the event. Also on his agenda, said Rouhani, is to meet Muslims, politicians and journalists there.

The president then lashed out at the United States’ bullying.

“Most importantly, today, the Americans are showing off their bullying posture to the world more than ever before and pressing ahead with their unilateralism. They believe whoever has power can make decisions for the world, and believe whoever has the right of veto can do whatever they want at the UN Security Council,” he said.

The president said because the United States is hosting the UN, it believes it has sweeping powers at the world body.

“In my opinion, the current situation and government of the White House today is different from those of the US in the past. Today, those who are in power in the US do not respect any international laws and any treaties. They do not abide by their own trade pacts with others, nor the UN Human Rights Council, nor the Paris Agreement, and they violate almost all international regulations,” he said.