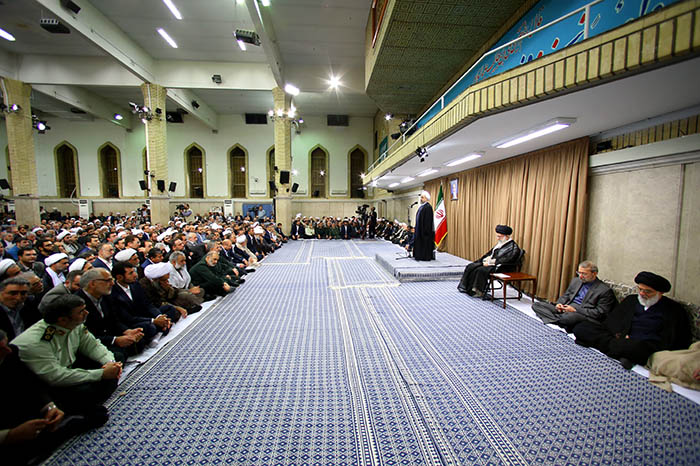 The Iranian government is proud of having created about 1.4 million jobs over the past three years, President Hassan Rouhani announced

According to statistics, there are now over 22m people in the country who are employed, Rouhani said, while addressing a June 14 evening meeting, where the Supreme Leader received the heads of the three branches of the Government and a group of high ranking executive officials.

Rouhani said that control of foreign exchange market, economic growth and the exit from recession have been among the important achievements of the government since it took office in August 2013.

The government has also had great success in the fields of oil and agriculture, and in the field of foreign trade, he said, the country has experienced positive development.

In the past Iranian calendar year that ended on March 19, non-oil exports from the country were greater than non-oil imports, which was a record for the first time during the past 60 years, the president noted. Iran also could witness a positive balance of trade for the first time in eight years, he added.

On the nuclear talks, Rouhani said the nation’s rights had been stabilized and unjust anti-Iran sanctions had been lifted after negotiations.

President Rouhani called for further unity and resistance, saying they are needed to achieve the country’s goals.