Return of the Flamingo to Lake Urmia after 28 Years 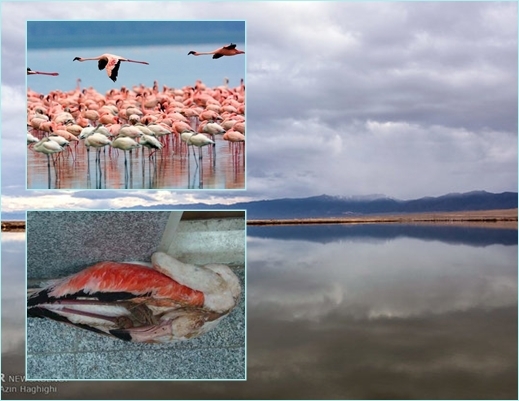 A flamingo chick, which was last spotted and marked in Lake Urmia in 1988, has returned to its birthplace after 28 years – but it almost died due to the misbehaviour of some hunters.

The Head of the West Azerbaijan Department of the Environment said, “Our department agents found a wounded flamingo while they were conducting a tour of the Solduz area of Lake Urmia National Park.”

Omid Yusefi said, “The flamingo was severely wounded in its leg by hunters.”

He continued, “The ring around the bird’s tarsus stated that the flamingo was born in 1988 in Lake Urmia National Park. The lake’s water-level was high that year, leading many flamingos to roost there.”

He added, “The flamingo is currently at a veterinary clinic, and will be kept there until it fully recovers.”

This region used to be a safe and regular breeding and nesting place for flamingos and other waterfowl in the years before Lake Urmia began facing its current water problems.