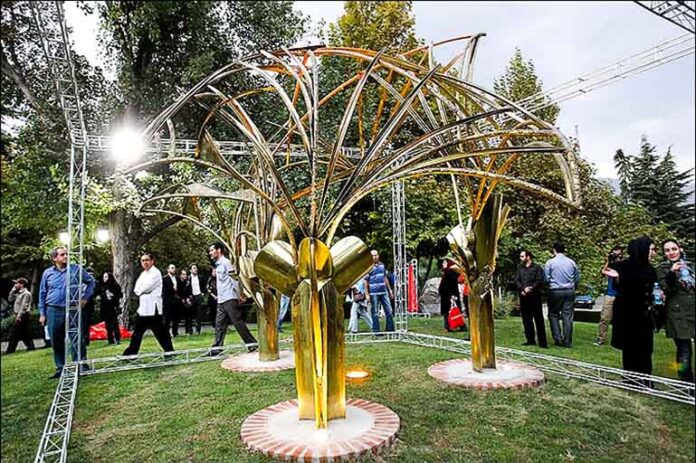 There is hope that the unveiling of the artwork can prompt a huge leap in economic and cultural relations between the two nations, Iranian deputy foreign minister said.

Tehran’s Mellat Park has hosted a ceremony during which a restored Golden Palm, a statue sculpted by Finnish artist Eila Hiltunen 40 years ago, has been unveiled.

The event was organized in cooperation with the Iran-Finland Friendship Association and Tehran’s Municipality District Three. Finnish Ambassador to Iran Harri Kamarainen, Deputy Foreign Minister Abbas Araghchi and a number of other Iranian and Finnish officials were on hand for the ceremony.

At the start of the event, the head of the Iran-Finland Friendship Association said that the artwork by the Finnish sculptor was put up in the park when it was newly opened and added, “Golden Palm is a messenger of Finnish art and culture in Iran and represents cultural ties between Tehran and Helsinki. This can also help the two countries have closer relations.”

On the 90th anniversary of Iran-Finland ties, Araghchi said, “There is hope that the unveiling of the artwork under new circumstances created by the nuclear deal between Iran and P5+1, can prompt a huge leap in economic and cultural relations between the two nations.”

He added, “We hope that close relations between the two countries which lost momentum as a result of sanctions can be restored.”

Images of the ceremony released online by different news websites: