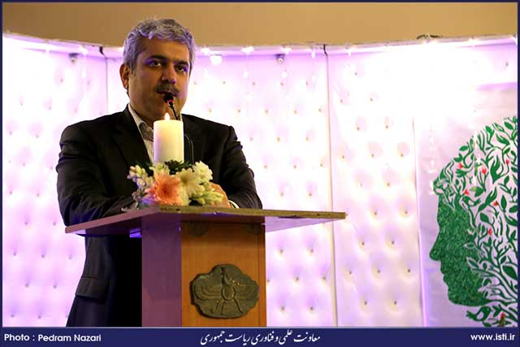 At Dr. Mina Izadyar Scientific Festival, efforts of a number of Zoroastrian elites have been appreciated. 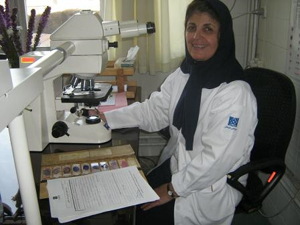 Farvahar, a monthly belonging to Tehran Zoroastrian Youth Organization, filed a report in its 464th issue about the 2nd Mina Izadyar Scientific Festival in October. What appears below is the translation of part of the report:

“A budget of around $50,000 is to be allocated to a research chair under the name of the late Dr. Mina Izadyar, the founder of the Iranian Thalassemia Society,” Vice President for Science and Technology Dr. Sorena Sattari told the festival.

Recalling the accomplishments of individuals awarded at the festival, he said, “These people are the assets of the nation and we are trying to set a trend so that Iranians can serve their country no matter where they are.”

At the festival, Dr. Majid Arasteh, the head of the Iranian Thalassemia Society, said, “Thalassemia used to be regarded as an ailment which took a toll on longevity. However, as a result of Dr. Izadyar’s  endeavors, a number of those suffering from this blood disorder have graduated with medical and engineering degrees and are now serving their society. All members of the Thalassemia Society remember that Dr. Izadyar convinced officials to import Thalassemia medicines which were still little known in regional countries. Above all, she appealed to officials to give patients free access to such medications.”

Dr. Majid Arasteh also underscored the effectiveness of her efforts to train teams at different Thalassemia societies across the country.

“Although she had a ready smile, she was a serious person. Such a characteristic helped her found the Iranian Thalassemia Society. Even after that, she made trips to different cities of Iran and set up a Thalassemia center wherever there was a blood transfusion center. We used to have 2,500 people suffering from Thalassemia, whereas thanks to efforts by her and others, now as few as 200 to 300 babies are born with this blood disorder each year. Last year we lost two invaluable Iranian ladies, Dr.Mina Izadyar and Dr. Parvaneh Vosough [a pediatric oncologist who dedicated her entire life to treating children suffering from cancer, and a co-founder of Mahak Charity Organization] who are sorely missed and their void won’t be filled any time soon,” said Dr. Mardavij Al-Bouyeh, Dr. Izadyar’s professor and colleague.

Among others, Dr. Mahbanoo Tata, the founder of Iran’s science of statistics,Dr. Darius Ravari, an orthopedic surgeon, and Manuchehr Hemmati, a mechanical engineer whose novel ideas have introduced innovation into solar desalination systems over the past 36 years, were awarded as top Zoroastrian figures.

The late Dr. Mina Izadyar was the founder of the Iranian Thalassemia Society, a professor at Shahid Beheshti University of Medical Sciences, a pediatrician, a hematologist-oncologist, the chairwoman of the Iranian Thalassemia Society’s board of directors, a ward manager at a number of top Tehran hospitals and the head of hematology-and-oncology ward at Children’s Medical Center [affiliated to Tehran University of Medical Sciences].
Dr. Izadyar whose husband, Parviz Malekpour, previously represented the Zoroastrian community in the Iranian parliament, lost her battle against cancer after two years and passed away on June 21, 2013.
› Subscribe
Share
Facebook
Twitter
ReddIt
Email
Print
Telegram
WhatsApp
VK
LINE
Viber