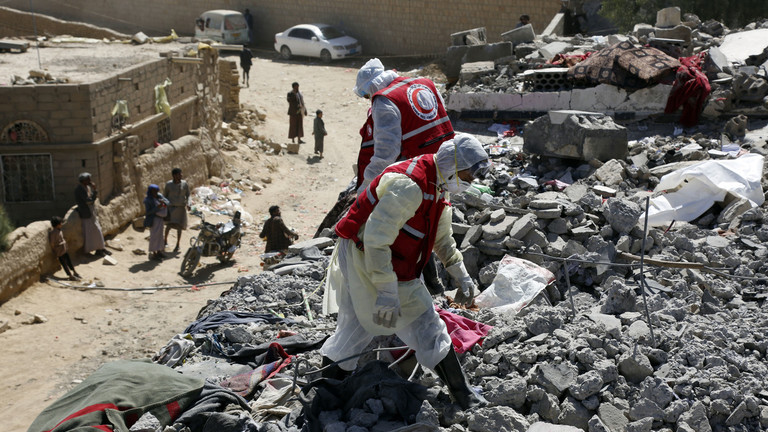 Civilian deaths and injuries in the Saudi-led war on Yemen have almost doubled since UN human rights monitors were controversially removed in October, according to a report.

The ejection of monitors had opened the door to “unchecked, horrific violations”, the Norwegian Refugee Council reported on Thursday, urging their reinstatement.

The report added that civilian casualties caused by air raids, a tactic favoured by the Saudi-led coalition battling Houthi rebels, had multiplied by 39 in the same period.

“The removal of this crucial human rights investigative body took us back to unchecked, horrific violations,” country director Erin Hutchinson said in a statement.

“Who is responsible for the deaths of these children and families? We will probably never know because there is no longer any independent, international and impartial monitoring of civilian deaths in Yemen,” Hutchinson added.

The UN Human Rights Council voted to disband its Group of Eminent International and Regional Experts on Yemen in October, in a move that was strongly criticised by rights groups.

It was the first time that the United Nations’ top rights body had rejected a draft resolution since it was founded in 2006. The resolution, brought forward by European nations and Canada, was defeated by 21 votes to 18.

“The people of Yemen have been abandoned. Betrayed. Yet again,” Amnesty International’s Secretary General Agnes Callamard noted at the time.

Hundreds of thousands of people have been killed directly or indirectly in Yemen’s seven-year war, while millions have been displaced in what the UN calls the world’s biggest humanitarian crisis.

“The UN member states should urgently reinstate the monitoring body to ensure that parties to the conflict stop committing grave breaches of international humanitarian law with impunity,” Hutchinson said.

“With no one to hold perpetrators accountable, civilians will continue to be killed by the thousands and [to be] the hardest hit by the escalation of the conflict,” Hutchinson added.

According to the World Food Programme (WFP), some 16.2 million Yemenis, or about 45 percent of the population, are food insecure.

The UN agency has warned that more than five million people were on the brink of famine while 50,000 others were living in famine-like conditions.

The food crisis has been compounded by a sharp increase in the price of basic commodities, which have seen a 30 to 70 percent spike since the start of the conflict. In December, the body also announced it was “forced” to cut aid to Yemen due to a lack of funds.

The ongoing conflict has recently entered a new front, with the Houthis launching attacks on the United Arab Emirates, which is part of the coalition.