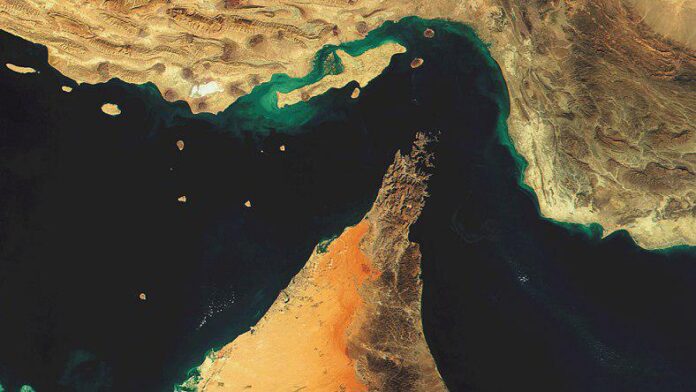 James Stavridis, a retired US Navy admiral and former military commander of NATO, says Iran’s threat to close the Strait of Hormuz must be taken seriously by the US, because reopening it would be a longer process than many people suspect.

In a recent piece published in Bloomberg, Stavridis has written that just as Iran has detailed plans to close the strait, the US has contingency plans to respond and reopen it.

However, he added, this would be a longer process than many people suspect, especially if Iran had the opportunity to put a significant number of mines into the water.

“Clearing mines is a laborious and time-consuming process, and could take weeks if not a month or two to accomplish,” he added.

“When Supreme Leader Ayatollah Ali Khamenei and President Hassan Rouhani talk about shutting down the strait, they mean it. They could accomplish it in just 48 to 72 hours, as commercial shipping, out of prudence and under pressure from insurers, would opt not to take the risk of passing through the waters,” the former US admiral said.

The full text of his article is as follows:

In the hot summer of 1987, I was a young Navy officer sailing into the Persian Gulf via the Strait of Hormuz on-board the Valley Forge, a brand new and heavily armed Aegis Cruiser. Our mission, code-named Ernest Will, was to escort merchant ships in and out of the Gulf, protecting them from the threat of Iranian cruise missiles and air attack.

It was the midst of the Iran-Iraq War — which lasted eight years and cost more than half a million lives — and our job was to keep the global shipping lanes open while Iran sought to control the vital strait through which flows some 35 percent of the world’s seaborne oil.

It was exciting and dangerous work. Over the next year, the US Navy would eventually attack the Iranian Navy, retaliating after one of our frigates was nearly sunk by an Iranian mine in Operation Praying Mantis. Eventually, Iraq and Iran settled their differences and an uneasy peace reigned between Arabs and Persians in the flat, hot, shallow waters of the Gulf, despite occasional flare-ups, for the next three decades.

Until now. The tension in the Gulf — and especially in the Strait of Hormuz — is rising again, and the echoes of those conflicts 30 years ago are getting louder. The presidents of Iran and the US this week exchanged harshly worded tweets (in 1987, a tweet was something a bird did on a spring morning) and oil markets are keeping a wary eye on developments. Israel released another cache of stolen Iranian documents claiming Iran is after developing nuclear weapons.

What would a conflict cantered on the Strait of Hormuz look like? How long would it last? And above all, what is the best strategy the US could take towards Iran?

The uber-conflict in the region remains the religious and geopolitical tension between Sunni Saudi Arabia and Shiite Iran, each of whom has long-standing historical enmity towards the other. Iran is pushing hard, diplomatically and militarily, into a several Arab nations around the region: Iraq, Syria, Qatar, Lebanon and Yemen.

Saudi Arabia, under the leadership of Crown Prince Mohamed bin Salman, is determined to stop further Persian encroachment into the Arab world. The two nations share long coastlines of the Gulf, where they have fought for centuries. And the key to the entire area is the narrow sea entrance: the 30-mile wide Strait of Hormuz.

We know that Iran has detailed plans to close the strait. It would use a variety of means including widespread mining; swarms of small, ultrafast patrol boats; shore-based cruise missiles; manned aircraft; and diesel submarines. Iran would employ a “layered offense,” stationing diesels in the Arabian Sea on the other side of the strait to harass incoming merchant ships; swarming US and allied warships in the narrow confines of the strait itself; and mining sections of the shipping lanes.

All of this, of course, is illegal under international law, but would have the intended consequence of challenging the US and the Gulf Arabs while driving up oil prices exponentially. (Iran is able to export some oil from its southern coast, bypassing the strait, so its economy might suffer less than the Arabs’.)

When Supreme Leader Ayatollah Ali Khamenei and President Hassan Rouhani talk about shutting down the strait, they mean it. They could accomplish it in just 48 to 72 hours, as commercial shipping, out of prudence and under pressure from insurers, would opt not to take the risk of passing through the waters.

In terms of a response, the US and its allies and coalition partners would certainly react strongly. Our Navy would attack Iranian ships attempting to lay mines; strike land-based air and cruise missile sites within range of the strait; sink Iranian diesel subs at their piers; and potentially launch punishing strikes against broader targets inside Iran (although initial responses would probably target only weapons and systems used in the strait closure in order to observe rules of war pertaining to proportionality).

In other words, just as Iran has detailed plans to close the strait, the US has contingency plans to respond and reopen it. This would be a longer process than many people suspect, especially if Iran had the opportunity to put a significant number of mines into the water. Clearing mines is a laborious and time-consuming process, and could take weeks if not a month or two to accomplish.

President Donald Trump, who has long-held antipathy for Iran and hated the Obama administration’s nuclear deal, reacted harshly when Ayatollah Khamenei made a thinly veiled reference to playing the Strait of Hormuz card if the US imposes additional sanctions. In doing so, Trump is taking a page from the US playbook for North Korea, betting that Ayatollah Khamenei and the hard-liners in Tehran will back down and choose a diplomatic path instead of war.

Unfortunately, the Iranians are far more ideological than Kim Jong Un. Kim is a gangster leader who will respond to monetary incentives; Iranians, however, are willing to die to defy the Great Satan.

A better strategy for the US than angry tweets would be to craft an aggressive but sensible overall strategy towards Iran. The key components would include enhanced surveillance and intelligence-gathering (especially in concert with Israel); stronger missile defences for key US bases in the region (Bahrain for naval forces and Al Udeid in Qatar for air forces); encouraging the Arab nations’ Gulf Cooperation Council and Israel to cooperate more intensely on intelligence-sharing and missile defence; and — above all — getting our European allies “on side” in the tougher sanctions regime.

The latter task will immeasurably harder following the debacles of the G-7 and NATO summits, where Trump went out of his way to offend allied leaders. The residual hard feelings in Europe are real, and will continue to cause significant division between the US administration and our best pool of partners in Europe.

We have been here before, and managed to keep the Strait of Hormuz open and the global economy chugging along. But doing so this time will require a deft mix of hard and soft power and a coherent strategy for dealing with the very real Iranian threat.