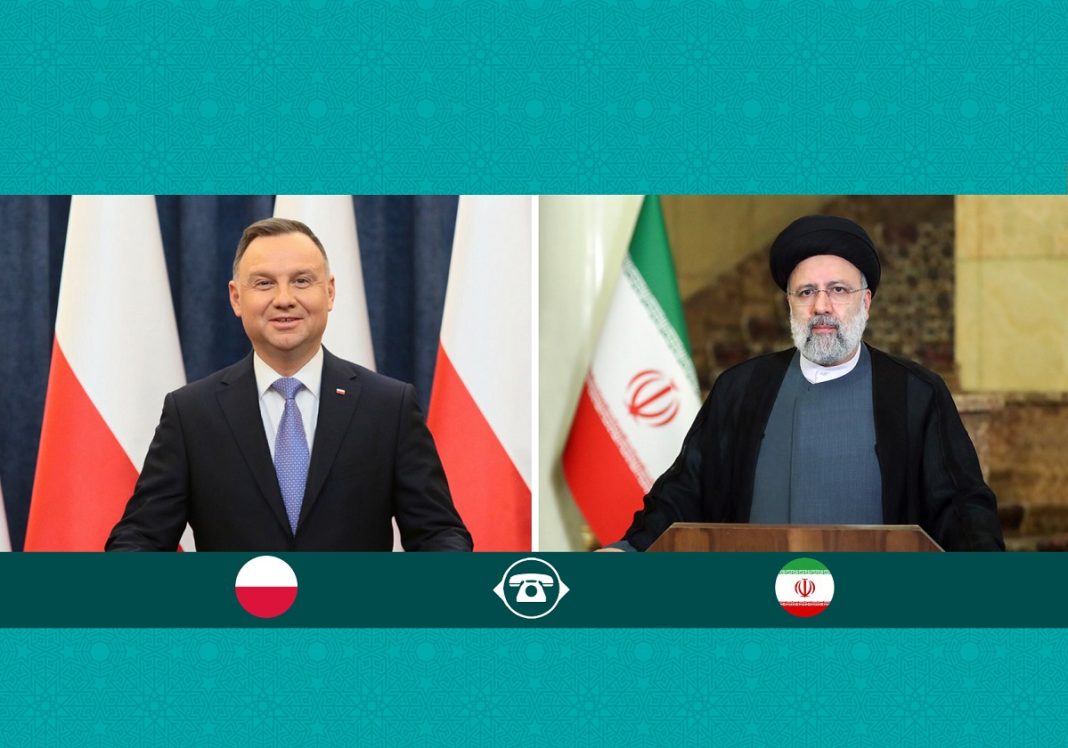 Speaking during a telephone conversation with Polish President Andrzej Sebastian Duda, Raisi said such unfounded claims stem from the spiteful policies of Western governments, especially the US, toward Iran.

He added that Iran’s definite policy is to oppose war, noting that Iran has historical ties in all areas with both Russia and Ukraine.

The Iranian president referred to the former Iraqi regime’s 8-year imposed war against Iran that was waged with the support of the Western governments including the US, saying no country is more motivated than Iran in opposition to war.

Raisi underlined that Iran is ready to do all it can to end the conflict in Europe. He also described Iran’s move to take in Polish refugees during World War Two as an instance of good ties between the two nations.

President Raisi maintained that Tehran and Warsaw must explore ways of expanding their trade ties under such circumstances.

Polish President Andrzej Sebastian Duda for his part said that Iran’s hospitality toward Polish refugees during the Second World War was a sign of the depth of camaraderie between the two countries.

Duda added that Poland will always remain thankful to the Iranian people for their kindness.

The Polish president also called for expansion of cooperation between his country and Iran at both bilateral and international levels.