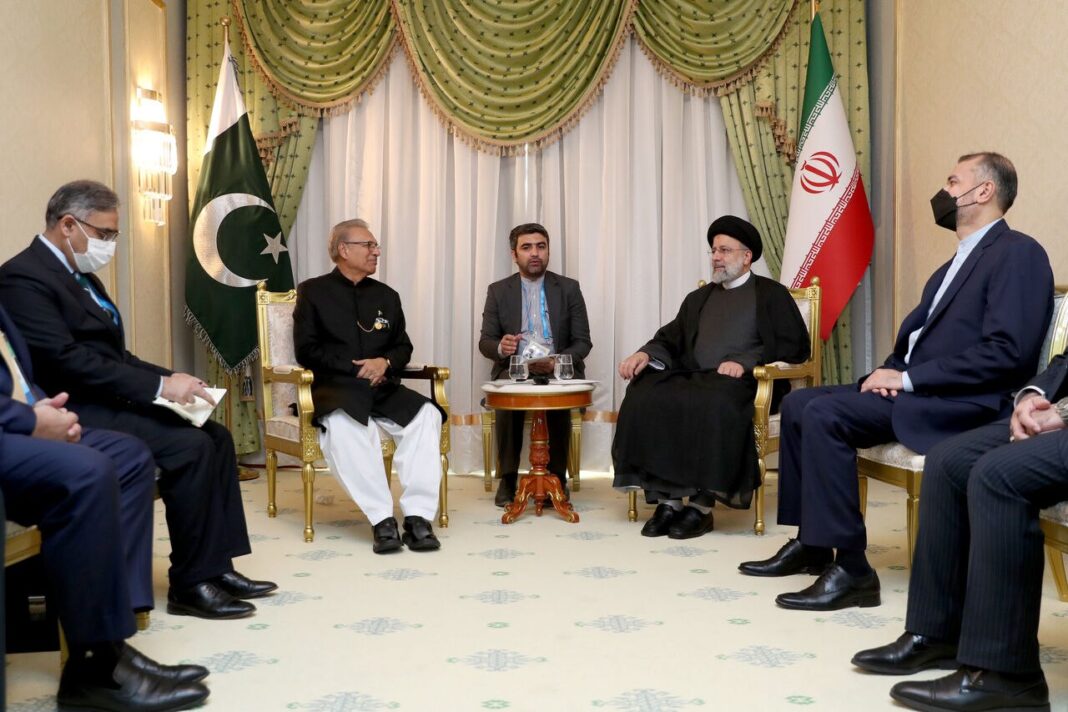 Iran’s president says the US seeks fomenting insecurity through Daesh terror group in Afghanistan and the region.

Seyyed Ebrahim Raisi reiterated Daesh terrorists have been a handiwork of the US.

In a meeting with his Pakistani counterpart Arif Alvi, the Iranian president also called for support for oppressed Afghan people.

He stressed the roughly 4 million Afghan migrants currently residing in Iran is the result of the US invasion of Afghanistan.

“Twenty years of foreign presence in Afghanistan not only did not help solve problems facing the country, but had no outcome other than tyranny, killing, looting and insecurity,” Raisi said.

“The Islamic Republic of Iran backs the formation of a broad-based government in Afghanistan represented by all Afghan people, ethnic groups and political factions, and we are ready to cooperation with Pakistan in that regard,” said the Iranian president.

He made the remarks on the sidelines of the Economic Cooperation Organization summit in the Turkmen capital, Ashgabat.

Iran’s president also called for the enhancement of all-out cooperation with Pakistan.

“The two countries enjoy not only a neighborhood relationship, but also deep-rooted emotional, historical and cultural bonds,” he said.

“Utilization of these potentialities in a bid to further boost mutual relations will serve the interests of the two nations and help promote regional progress and prosperity,”

He said the level of Iran-Pakistan relations should be upgraded, saying areas of cooperation include the development of border markets, transportation, energy and tourism, among other things.