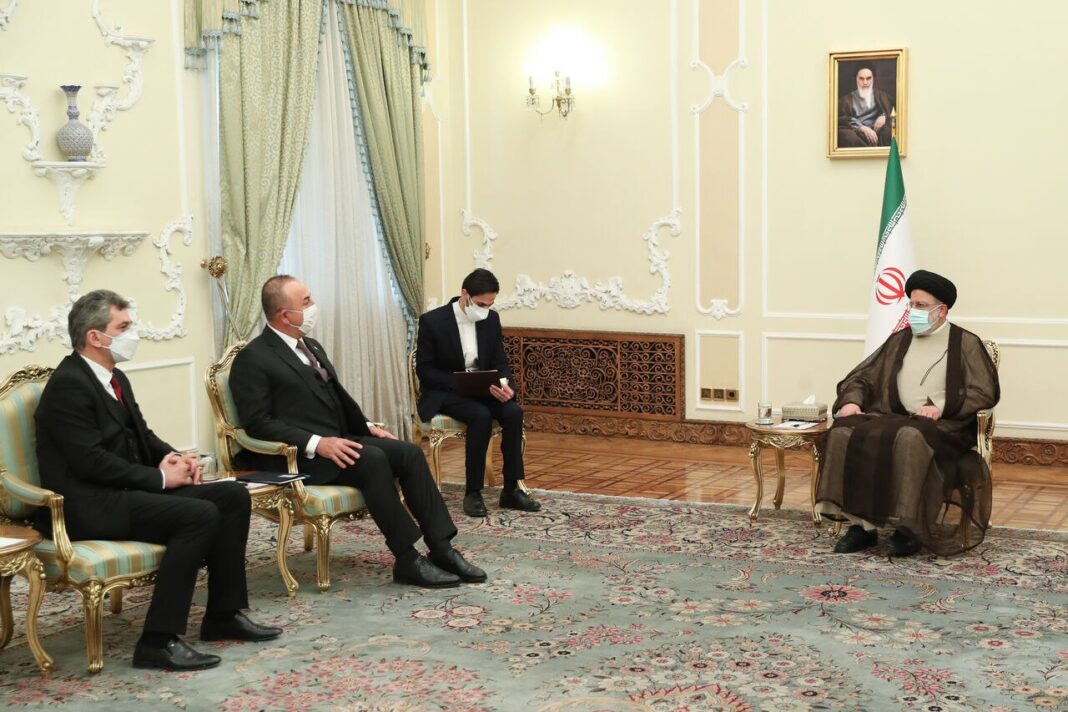 Iran’s President Ebrahim Raeisi has said close relations between the Islamic Republic and Turkey will benefit peace and stability in the region.

President Raeisi made the comment in a meeting with Turkish Foreign Minister Mevlut Cavusoglu in Tehran on Monday.

Raeisi added that Iran and Turkey have decided to draw up the roadmap to boost their cooperation and should be ready to increase their current level of ties in all areas.

He said Iran-Turkey ties can have an impact on global equations, stressing that regional countries are capable of resolving their problems without foreign interference. Raeisi said the presence of extra-regional powers will bring nothing but insecurity and tension between regional countries just as the US occupation of Afghanistan led to nothing but bloodshed and destruction.

He also said the Daesh terror group was created by the US as American officials have acknowledged themselves, and it’s now committing atrocities in different countries as a proxy of the US.

Raeisi said Iran and Turkey can cooperate in fighting terrorism and organized crime. He added that Iran’s ties with the Republic of Azerbaijan and Turkey are beyond a neighborly relationship and are rooted in deep cultural and religious bonds.

Cavusoglu also said Turkey considers Iran’s new government as being pragmatic and is determined to boost ties with Tehran. He further called for cooperation with Iran in fighting terrorism.