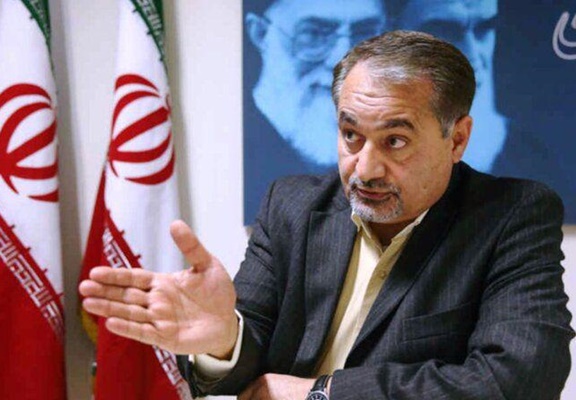 The US, Iran, Iraq and Saudi Arabia need a regular line of communication to avert potential misunderstandings and to make sure that the four capitals can calm things down before they get out of control.

Iraqi Prime Minister Adil Abdul-Mahdi has announced that his country will send delegations to Washington and Tehran to help ease tensions between the United States and Iran. In recent weeks multiple incidents increased worries in region that the US and Iran will be dragged in a military conflict. Four vessels were targeted by “sabotage operations” in waters near the emirate of Fujairah, a major Saudi oil pipeline was struck by armed drones of Yemenis, a rocket landed less than a mile from the US Embassy in Baghdad, the US Navy carrier group and fighter jets moved into the region and a state-aligned Saudi newspaper called for “surgical” US strikes against Iran. The US military has deployed aircraft carrier, bombers and other ships and personnel to deter the alleged Iranian threat. The Pentagon is considering a US military request to send 10,000 extra troops to the Persian Gulf to beef up defenses against alleged potential Iranian threats.

Meanwhile President Donald Trump reiterated that the US is not on a path to war with Iran and desire for dialogue amid fears that his two most hawkish advisers, John Bolton and Mike Pompeo, could be angling for such a conflict with Iran. However, two days later, Trump himself threatened to wipe Iran off the map. “If Iran wants to fight, that will be the official end of Iran”, he tweeted. The inconsistency of Trump’s mixed signals and statements could lead to a clash with Iran. Nevertheless, in response to US statements about sanctions, war and negotiations, the Iranian Leader, Ayatollah Seyyed Ali Khamenei said, “there will be no war, nor will we negotiate with the US.”

President Trump is perusing “maximum pressure” strategy with four parts; economic war, political war, third psychological warfare and the fourth part is intelligence war. Iranian Foreign Minister Mohammad Javad Zarif denied allegations that Iran and its allies were planning to target US interests and warned that the US was ramping up tensions through “maximum pressure”. “Having all these military assets in a small waterway is in and of itself prone to accident, particularly when you have people who are interested in accidents, so extreme prudence is required, and the United States is playing a very, very dangerous game”, he told CNN.

From the Iranian point of view, the B-Team, the US national security adviser John Bolton, Israeli Prime Minister Benjamin Netanyahu, Crown Prince of Abu Dhabi Bin Zayed, and Saudi Arabian Crown Prince Mohammed bin Salman are “dragging the United States into a conflict” with Iran. For the B-Team, priority is the collapse of Iran’s political system without military war. Meanwhile they have “a Plan B” which is to send fake intelligence to the intelligence and security institutions of US and other western countries, demonstrating that Iran intends to attack US and its allies’ troops or facilities in the region through Tehran’s allies, such as Hezbollah, Popular Mobilization Forces or Houthi movement. Ultimately they easily could manage one or more terrorist operations by their own proxis and blame Iran.

After withdrawing from the Iran nuclear deal (JCPOA), in April 2019, Trump designated Iran’s Islamic Revolution Guards Corps (IRGC), and its subsidiary division, the Quds Force, as a foreign terrorist organizations (FTO). In response, Iran designated the United States Central Command (CENTCOM) as a terrorist organization, labelled the United States a sponsor of terrorism and warned of the consequences of the US move for peace and security in the Middle East. Since CENTCOM and Quds are the key players in the region, the most important consequence of this situation is the increased risk of regional confrontations between the US and Iran. “War with Iran would make Iraq war ‘look like a cakewalk’”, says US Rep. Tulsi Gabbard.

During the recent visit of Secretary Pompeo to Baghdad, Iraqi officials told him that Baghdad must work closely with Iran to make sure that the threat of the ISIS is not renewed – because Iran has been active in defeating ISIS. “We made it clear that Iraq had suffered enough from regional games between the Iranians, Americans, and Saudis”, said the Iraqi official.

The US response over the last two weeks suggest the administration may react based on fake intelligence provided by Israel or respond to an accidental collision or clash. “This is a case where credible intelligence drove measured, appropriate operations,” a senior defense official said. Soon after, it became clear that the Trump administration panicked over nothing; a NATO military intelligence official said the substance of the intelligence that the Americans provided was utterly unconvincing — even insulting. “Do they think that we are stupid?” asked the NATO official.

The US, Iran, Iraq and Saudi Arabia need a regular line of communication to avert potential misunderstandings and to make sure that the four capitals can calm things down before they get out of control. Quadrilateral military communication over the regional crises can unleash potentials for cooperation, which would yield positive outcomes. To say the least, it breaks some important ice in the current rising tensions between Washington-Riyadh and Tehran.

Both CENTCOM and Quds forces are directed to carry out unconventional warfare and intelligence activities and are responsible for extraterritorial operations and play a key role in the region. The military generals on both Iran and the US armies have already experienced direct or indirect cooperation on Afghanistan after September 11, and similar efforts in fighting ISIS in Iraq. The key advantage of such a communication is that it has the potential to produce concrete results with much less challenges due to the current complexities in the domestic politics of both US and Iran.

Finally, if president Trump is genuine on negotiating with Iran, after the US withdrawal from the Iran nuclear deal (JCPOA), a great deal of preparatory confidence-building steps is necessary before the stage is set for a US-Iran dialogue.