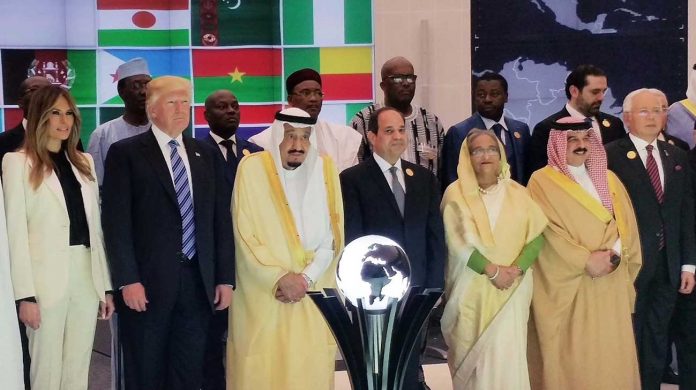 Saudi Arabia will not need the terrorists’ backyard anymore. In the new situation, the older brother needs a victim, whose name is Qatar. The mantle of radical Islam fits Qatar gracefully and it could help Saudi Arabia get rid of the heavy charge that it is the source of terrorism.

Although Saudi Arabia’s petrodollars could help those behind 9/11 attacks escape the prosecution, or even could stop the publishing of British government’s investigation into the Arab country’s funding of extremists, elimination of the clues and distracting public opinion from Riyadh’s role in growing terrorism needs something more than money.

It was less than a month ago that the news media revealed Saudis’ deal with the largest public relations firm in the world to distract public opinion from their crimes in Yemen. The deal was an unsuccessful attempt by Riyadh to fix its image in the international community. On a broader scale, Saudi Arabia is trying to cleanse itself of the disgraceful stigma of being the centre of “Wahhabism and Salafism “, which are known as the main ideologies among terrorists, and put the blame on another regional player. In the meantime, the cousins ruling in Qatar, who are the descendants of [Saudi Arabia’s ideological father] Muhammad ibn Abd al-Wahhab, are considered as one of the best options.

The Emir of Qatar has all the conditions to be introduced as the supporter of ISIS, Al-Qaeda and the Muslim Brotherhood, because despite their differences, they are all considered as extremist and terrorist groups among Americans and also the public opinion in the west.

Shortly before Saudi Arabia and its allies severed their diplomatic ties with Qatar on Monday, some media including an Israeli outlet, in a so-called revealing move, said that Qatar’s foreign minister has held a meeting with the Iranian Major General Qassem Soleimani – a propaganda effort to increase pressure on the Doha government.

Despite all the interpretations that can be made of the recent move by Arab countries led by Saudi Arabia [to cut their ties with Qatar], it is conceivable that the aim of such psychological war and propaganda is to show Doha as the centre of support for Wahhabi extremism. It reminds us of the story of a thief who was running away shouting “Catch the thief!”

Qatar can never be compared to Saudi Arabia in terms of building mosques for radicals and training Imams. Therefore, it cannot be turned into a centre to promote Salafism and Wahhabism.

Qatar, as a peninsula surrounded by the seas, has always been trying to be famous and mysterious like the Bermuda Triangle. For years, it has been the centre of political charlatanism. Governed by an extortionist mafia, the Arab country has in the past offered a haven to people like Ayman al-Zawahiri to become a podium for the Al-Qaeda.

By such moves as broadcasting the audio message of infamous terrorists and even airing Bin Laden’s message on its TV channel Al Jazeera, it has been trying to tell its Arab neighbours, Iran, Europe, and the United States that “Don’t worry! We are in complete command of the situation, as their [extremists’] leaders are under [our] control. Whoever sees Qatar as a power and pays its share, will be safe!”

The West was concerned about the spread of terrorism and insecurity to its territories, and now the game is over. It was supposed to see Muslims killing each other and destroy their own cities, and now the goal is achieved. ‘Jobs, jobs, jobs’ had to be created in the US and it’s done!

The expiration date of terrorists’ safe haven (the Qatari throne) is reached and now it must be overthrown. At the same time, the centre of Takfiri Islam and the hometown to Wahhabi Muftis, who train terrorists, should not be damaged. Saudis have paid enough to the US not to be called the homeland of the ISIS and Al-Qaeda’s Islam.

Now, 9/11 events must be archived, and at the same time in coordination with the White House a culprit has to be introduced to public opinion. Qatar is exactly the piece that should be removed from the chessboard of deceptive and ignorant politicians and it will be removed!

Saudi Kingdom is not in need of a backyard for the terrorists anymore. In the new situation, the elder brother needs a victim and that’s Qatar. The mantle of Takfiri [radical] Islam suits Qatar well and the country with an infamous background could help Saudi Arabia get rid of the charges of being the source of Takfiri terrorism. Qatar can give the wrong address to uneducated, grasping Trump.

Moreover, it is an onerous task for the spendthrift Saudi Kingdom to pay Trump’s bill of $400 billion, without encroaching on Qatar’s gold and dollar reserves!

This is just like what Anwar Gargash, the UAE’s state minister for foreign affairs, recently wrote on his Twitter account addressing Qatari officials. He said Qatar must provide a ‘guaranteed roadmap’ before other Persian Gulf states would consider mending ties. Qatar must respect its pledges and be a partner of prosperity and adversity.