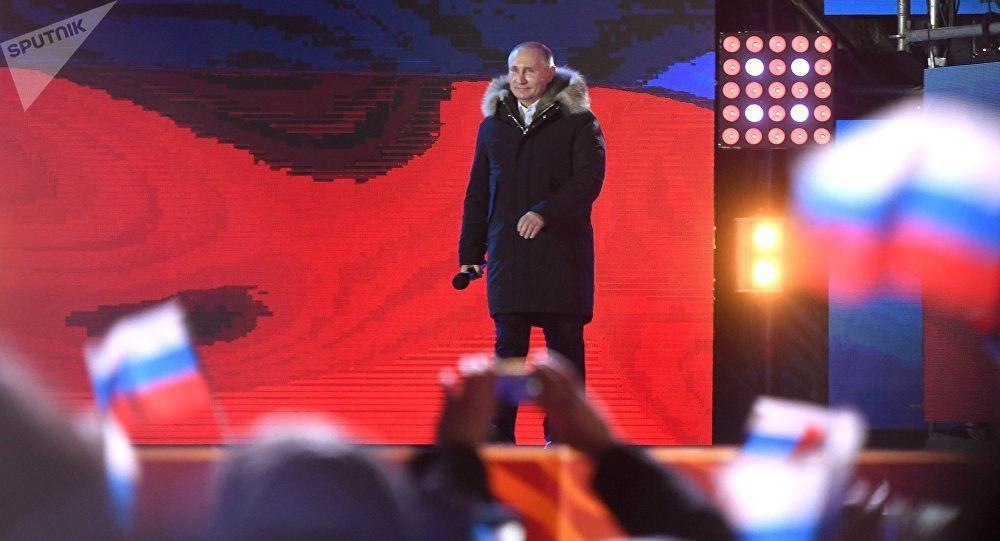 The incumbent Vladi­mir Putin cruised to victory on Sunday for another six-year presidential term after securing at least 76% of processed votes.

From the Arctic to the International Space Station, Russia rolled out an elaborate election-day display designed to show the breadth of Putin’s public support as he extended his tenure for a fourth term to 2024.

Putin’s opponents on Sunday’s ballot included a nationalist, a Communist and two liberals. But Putin barely campaigned, opposition activist Alexei Navalny was barred from the ballot, and reports of ballot-stuffing and people being ordered to vote by their employers rolled in throughout the day.

With about two-thirds of the ballots counted, more than 75 percent were for Putin, according to the Central Election Commission. The runner-up was Communist Party candidate Pavel Grudinin, with 12.7 percent.

“Success awaits us!” Putin told supporters in central Moscow. “Together, we will get to work on a great, massive scale, in the name of Russia.”

Although Putin’s victory is highly likely, the battle for second place remains a subject of speculation, with veteran politician Vladimir Zhirinovsky going neck and neck with Grudinin, a newcomer to the world of high Russian politics who was advanced by the Russian Communist Party (KPRF).

The biggest question as Russians went to the polls on Sunday was the level of turnout, and uncertainty on the final tally lingered into the night in Moscow. While independent surveys show that most Russians continue to approve of Putin as president, a lack of suspense or popular opposition candidates threatened to keep people home.