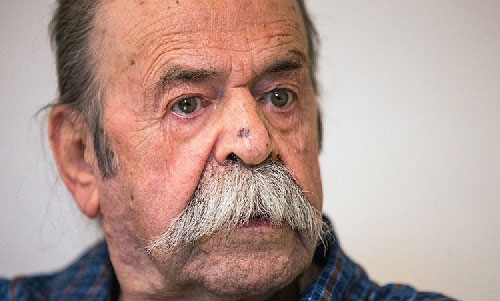 Illustrious Iranian actor Mohammad-Ali Keshavarz has passed away at the age of 90 in Tehran.

The highly-revered actor with a stellar record of professional role-playing in the theatre and the motion picture industry for more than 70 years died on Sunday after a period of declining health.

Born on April 15, 1930, in the city of Isfahan, Keshavarz was among the five legendary actors in the history of Iran’s theatre and cinema, out of whom only one is now alive.

The deceased had achieved the top medal of Iranian Culture and Arts for acting a broad range of roles.

His major performances include TV series such as Dear Uncle Napoleon, Fire with No Smoke, Hezar-Dastan, Sarbedaran (heads on gallows), The Sultan and the Shepard, Patriarch, and the Wolves.