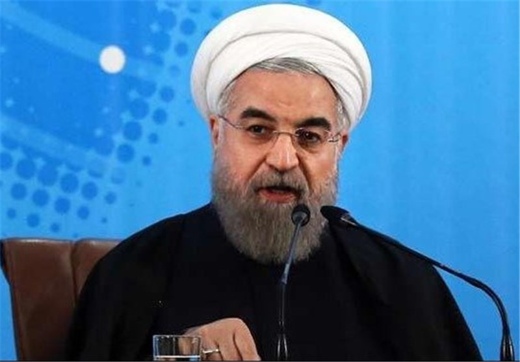 Speaking in an economic forum, he called the nuclear negotiations between Iran and P5+1 as tough and complicated.

Rouhani referred to certain states efforts to sabotage the process of nuclear talks between Iran and world powers and thanked the Iranian nuclear negotiating team’s difficult work which resulted in the final nuclear deal.

Speaking about the so-called ‘we are concerned’ political groups who are critical of the nuclear deal, he said that many tried to disappoint people about success of talks but the negotiators’ hard efforts led to removal of anti-Iran sanctions and in the meantime, recognition of peaceful nature of Iran’s nuclear program.

According to the statement, all nuclear-related sanctions imposed on Iran by the European Union, the UN Security Council and the US are lifted.

The announcement was made hours after the IAEA chief confirmed in a report that Iran has remained committed to the nuclear agreement with the world powers.

Yukiyano Amano said in the report that Iran had taken the necessary preparatory steps to start the implementation of the JCPOA.

The report was made after ‘inspectors on the ground verified that Iran has carried out all measures required under the (July deal) … to enable Implementation Day to occur,’ Amano said in a statement on January 16.

Iran and the five permanent members of the UN Security Council – the United States, Britain, France, Russia and China – plus Germany finalized the JCPOA in Vienna, on July 14, 2015.