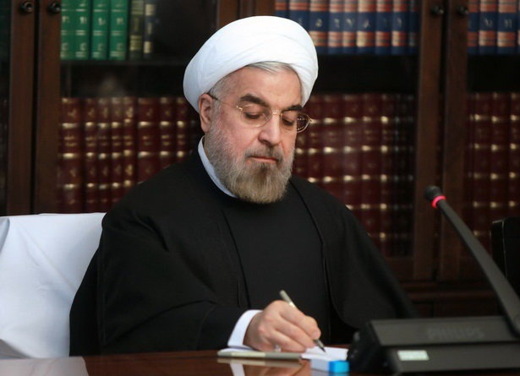 President Rouhani said that the reestablishment of the entity is taking place under Articles 126 and 124 of the Constitution.

President Hassan Rouhani on Saturday issued an executive order to reinstate the Management and Planning Organization.

With the executive order, the president is going to fulfill one of the promises he made on the campaign trail.

The former president Mahmoud Ahmadinejad dissolved the specialized organization in gross violation of the Constitution which envisaged decentralization of financial administration as a pre-emptive measure against corruption.

The Management and Planning Organization was a specialized agency working to earmark budget for different institutions in the context of the annual budget plan which must be presented to parliament for approval.

The former president, well-known for his self-styled administration dissolved the organ to take the charge of all financial affairs in violation of the Constitution.

Members of parliament expressed outrage at Ahmadinejad’s move to dissolve the Management and Planning Organization, but he accused the parliament speaker of inciting the MPs against what he did.

In response to public anger at the unlawful actions of the former president, President Rouhani promised to revive the Management and Planning Organization if he was elected president.

Rouhani said that he gave the executive order following the green-light of the Supreme Administrative Council.

The Supreme Administrative Council in its 168th session on December 3 approved the reestablishment of the State Management and Planning Organization and its branches in provinces in a bid to create unified management and solidarity in organizational structure.

Proposed by Presidential Department for Planning and Strategic Supervision, the move is also aimed at providing the strategic requirements for the country’s development and promoting sustainable development.

Rouhani made clear that the reestablishment of the entity is taking place under Articles 126 and 124 of the Constitution.