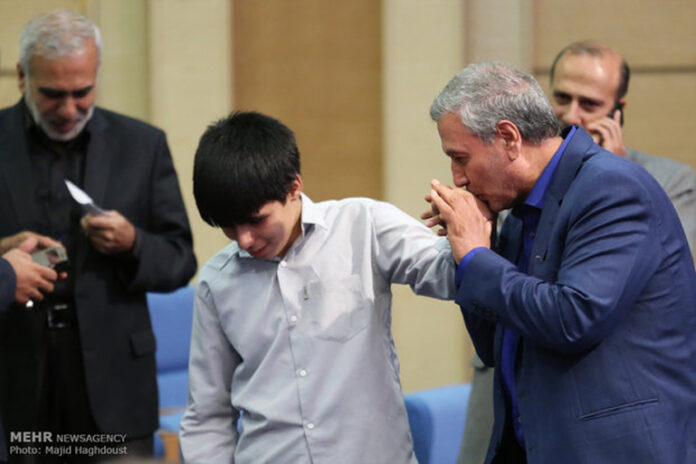 Photos of an Iftar feast hosted by President Rouhani in Tehran where he and other officials welcomed social workers and the physically challenged.

At an Iftar feast hosted by President Rouhani at Tehran’s Islamic Summit Conference Hall on Monday, the president as well as a number of officials broke their fast with social workers of the Welfare Organization and the Imam Khomeini Relief Committee.
Also in attendance at the ceremony were some physically challenged individuals
Snapshots of the gathering in the fasting month of Ramadan released online by Mehr News Agency: